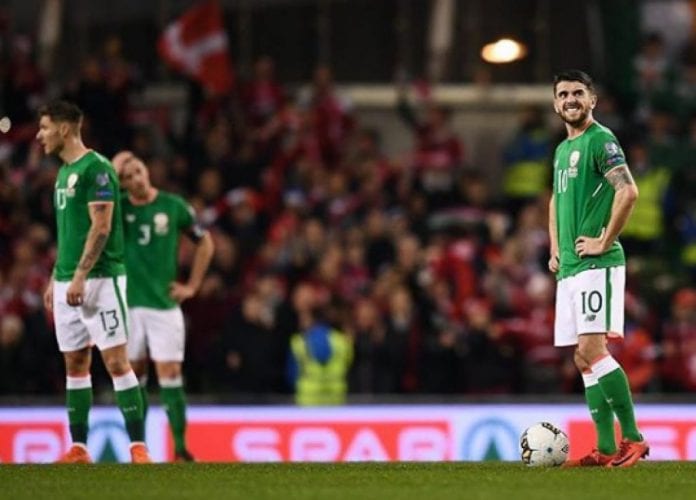 There was nothing but heartbreak throughout the Aviva Stadium last night as Ireland’s hopes of reaching the World Cup were dashed by Denmark.

The Republic of Ireland have failed to reach the World Cup since 2002, with last night’s game the pinnacle of a lengthy campaign.

While the Irish team were the first to convert on home soil, with a goal in the early stages by Shane Duffy, it was the Danes who took over from this point forward.

With a hat-trick for Christian Eriksen, Denmark went on to win the game 5-1, dashing all hopes for both the Irish team and fans alike.

Republic of Ireland manager, Martin O’Neill, has revealed he will be speaking with the FAI about his future in the coming weeks following their disappointing loss.

“We were well beaten in the end. The two goals we conceded within a couple of minutes knocked us. They were really poor goals to concede. We had to chase the game and Denmark took advantage. They deserved to go through.”

“We had two great chances to make it 2-0. We needed either of those to go in to get a real foothold in the game. That didn’t happen and Denmark were clinical.”

While captain, David Meyler, added: “Absolutely gutted to be knocked out of the World Cup. So proud to be a part of this team and so proud to be Irish.”