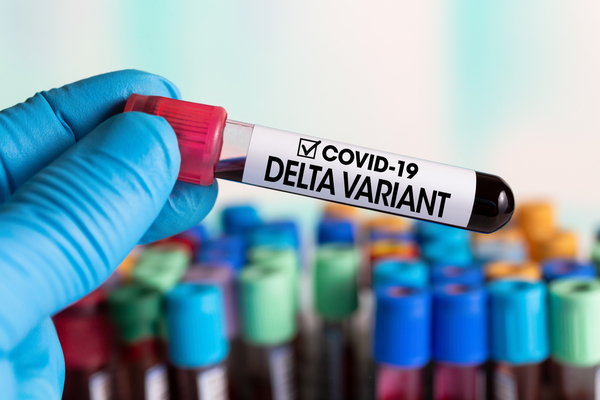 Leo Varadkar has said there is “no need to panic at this stage” over concerns of the Delta variant of COVID-19. Ministers of government have been briefed earlier today on the current rise in number of infections linked to the variant.

Minister for Health, Stephen Donnelly has expressed his concern to colleagues about the sharp rise of numbers among 18-24-year-olds in Co. Derry. Donnelly said he is worried about the potential cross-county spill over of infections and added that the suspected Delta variant outbreak in Athlone is being closely monitored.

The National Public Health Emergency Team (NPHET) only gave a short briefing today, as a detailed version should be expected early next week. The Tánaiste said the Government will not make a final decision on that until July 1st, “when we have seen more data and have the most up-to-date advice from NPHET”.

“It’s important to understand that the Delta variant will become dominant in Ireland. That’s how the virus works. As the number of Delta variants increases the number of other variants will go down. What we want to see are the figures for the total number of cases and whether that impacts on hospitals in any way.

“In the UK, the Delta variant has been the dominant variant there for weeks and weeks now. Notwithstanding that, they have managed to keep indoor dining open, but they are now experiencing a small increase in hospitalisations.”

Health professionals have begun expressing increased concern in regard to July 5th’s proposed easing of restrictions on indoor hospitality services. NPHET member and former president of the Irish College of General Practitioners, Dr Mary Favier said there is a need to be cautious to avoid hospitals being “overrun”.

Speaking on RTÉ radio’s Today with Claire Byrne show, Dr Favier also urged people to turn up for their vaccination appointments as “a substantial number” of people have not attended their appointments. Favier believes people should “turn down” doing anything else and get the vaccine and get their second dose of the vaccine as it would “make all the difference” in the fight against Delta and other variants.

Favier believes suggestions that young people aged 19 to 24 should be vaccinated now, instead of the 30 to 39 cohort, had “merit” and was worth discussing, as they tended to work in hospitality and would be most at risk if there was a return to indoor facilities. In terms of plans for indoor dining, Favier believes deferring the easing of restrictions for two to three weeks “could make all the difference”.

Professor Aoife McLysaght believes Ireland had the opportunity to heed warnings from what had happened in the UK, where the relaxing of restrictions had been deferred. The professor of the Independent Scientific Advisory Group believes reopening the indoor hospitality sector at this stage was “going to be a disaster”.

Donegal GP, Dr Denis McCauley, said that the malware cyberattack on the HSE had affected the reporting of Covid numbers, so it was difficult to assess the impact of the Delta variant. He paid tribute to the public health system, saying that the work of the service, along with the public “generally following the rules” had helped to slow the spread of the virus.

McCauley believes the “biggest break” in the fight against COVID was the vaccination programme, public health measures and the “bloody good work” of the public. When asked about the easing of restrictions he said “let’s look at the numbers and see what transpires. If the modelling is looking ominous then we will have to be brave.”

Meanwhile, Heather Humphries has said she will be examining as to whether further measures are needed for outdoor drinking laws. The statement follows yesterday’s announcement by Gardaí that people cannot drink in outdoor set ups in front of bars over licensing issues.

Gardaí Will Be Out in Full Force This Evening To Impose...