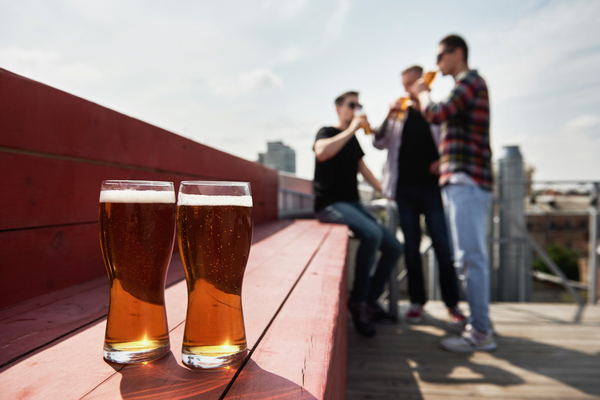 Heather Humphries has said she will be examining as to whether further measures are needed for outdoor drinking laws. The statement follows yesterday’s announcement by Gardaí that people cannot drink in outdoor set ups in front of bars over licensing issues.

Taking to Twitter, the Minister for Justice said she has been “in regular contact with the Garda Commissioner on the issue of outdoor dining, and how best An Garda Síochána will work to facilitate us all enjoying an outdoor summer. We spoke again this morning. The Commissioner has reassured me, and did so again this morning, that discretion will continue to be applied by Gardaí in their engagements with licensed premises”.

Ms Humphries said the Commissioner will be “sending a communication out across the Garda organisation this morning to that effect”. Despite some incidents within Dublin’s city centre, she added that the overwhelming majority of licensed premises are “operating safely” outdoors and declared the government would “continue to support them”.

“If local issues arise, I would urge local authorities, Gardai and businesses to engage. However, I will also examine whether further measures are required from Government. Licencing law is a complex area, but I have spoken to the Attorney General this morning and we will take further action if necessary.”

The declaration comes as Restaurants Association Ireland head, Adrian Cummins called for clarity on the issue from the Government. Speaking in a recent interview, Mr Cummins said the RAI wish the Government to “step in and give an order”, so that outdoor hospitality can operate, right across the country.

“This has to be fixed as soon as possible, or else the Government now needs to fast-forward the reopening of indoor dining. This is totally confusing now for hospitality businesses across the country. Businesses want to do the right thing, and make sure they implement the rules and guidelines as per the public health guidelines.”

Vice President of the Garda Representatives Association, Brendan O’Connor said there is an “absolute confusion” surrounding legislation on outdoor drinking. He said individual Garda officers are expected to police the issue using discretion and common sense while also being advised that anyone breaching the law has to be “made amenable”. In a recent interview, Mr O’Connor said all the association is looking for is “clear guidelines so our members won’t be scapegoated and held accountable for impossible decisions that have to be made.”

This past Thursday, Gardaí warned several pubs in Galway that they were in breach of the Health Act 1947. In a statement, they said that places selling food or drink were restricted to “takeaway” or selling “for consumption off the premises”.