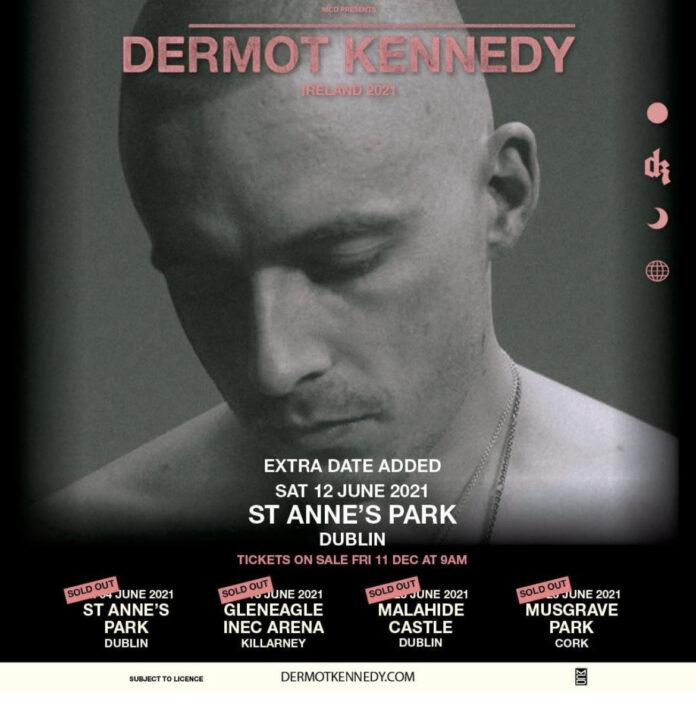 Dermot Kennedy has announced an additional concert to his huge run of sold out Irish Summer Shows, at St. Anne’s Park Dublin on Saturday 12th June, 2021.

Just this week, Dermot has taken the #1 slot in both the Official Irish Singles & Album chart, with ‘Giants’ and ‘Without Fear’.

In 2020 Dermot was nominated in the ‘Best International Male’ category at the BRIT Awards.

In July of the same year he hosted ‘Some Summer Night’ at The Natural History Museum in London which was one of the biggest selling live streamed shows ever, with over 30,000 tickets purchased.

2021 sees Dermot set to perform his biggest sold out shows to date, including two nights at London’s Alexandra Palace, seven huge outdoor concerts across Ireland and a night at the legendary Red Rocks Amphitheatre in Colorado, USA.

LISTEN BACK: Sympathy for the Devil – Radio Nova Remembers Charlie...

Sea Sessions Announce A Series Of Live Shows For Bundoran