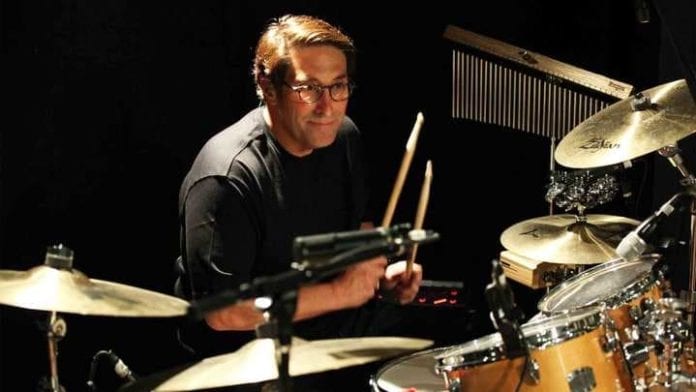 But here we are, and alas there is no changing the bizarre world we live in. To that end…

Let us introduce you to Jay Sekulow. The new defense attorney to Donald Trump and unsung rock god.

(note: the “Hey guys” was not in the original image, however it was poorly edited in by yours truly)

Jay regularly performs with a whole bunch of his merry mates under the name ” The Jay Sekulow Band”. Imaginative name, amrite?.

Their music is usually a mix of covers with some original content. And its here that the real gems lie.

“strumming on my gibson, singing my song now, hoping that the feds won’t take it away now”

Then asscends into an annoyingly catchy bridge with some boppy lyrics such as “Now the three letter words have become problematic/and our leaders it seems, smell of melodramtic/Now we’re wrong if we’re right, it’s become systamatic.”

Take a listen, and we DARE you not to be singing those lyrics in your head for the rest of the day.

If you are not a fan of their own songs, then don’t worry, because there are a whole bunch of covers for you to rock out to. If you want to spice things up and play a drinking game along with the videos. We suggest you take a shot everytime the camera shoots to Jay Sekulow looking like the joy has been sucked out of his soul by some sort of socialist dementor set on him by JK Rowling.

In honor of Tax Day and just as promised, here’s the full version of our rendition of “Give a Little Bit.”

Jay Sekulow is the newest addition to the Trump camp and is in charge of representing Donald Trump as his defense attorney against the investigation that is ongoing over his firing of Former FBI head James Comey.

When not slapping the bass, Sekulow is best known for his work at the American Center for Law and Justice, and organisation that has become known in recent years for its work against gay marriage.

He is also not immune to the powers of social media. On Twitter, Sekulow’s 124,000 followers include Ted Cruz and Fox News anchor Sean Hannity.

He has also amassed more than 4 million followers on Facebook. On Facebook he regularly posts about his music along with his fears of restrictions on Christians free speech.

Keep strumming on that Gibson Jay, and don’t mind us while we start a phoning the Feds to see what they can do about stopping it.