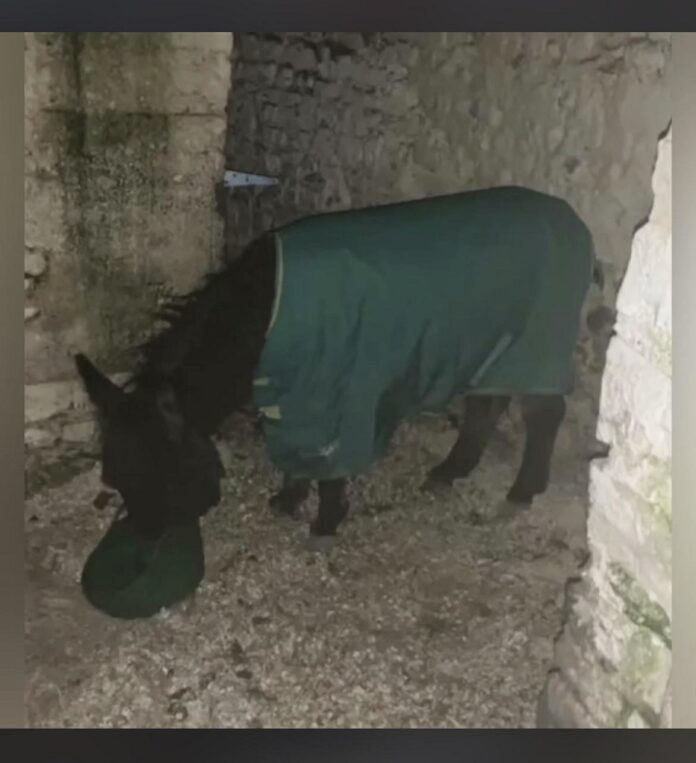 A donkey has been rescued in south Dublin and has been taken into the care of the My Lovely Horse Rescue charity.

It is believed the donkey was raffled and beaten.

The charity rescue, retrain and rehome unwanted, abandoned or surrendered equines in Ireland.

“This is Mac the donkeys story from yesterday, beautiful, kind and gentle Mac.

We searched up and down Ballyfermot and Clondalkin until we found him.

He was raffled twice and sold on Facebook, we gave all the names of those cruel people to Gardaí.

Once we finally found Mac we called An Garda Síochána Ronanstown, Clondalkin station.

Two lovely Gardaí escorted Mac and volunteers out onto the main road at Liffey Valley where our horse box was waiting.

Today is the start of this gentle donkeys life…his cruel past will hopefully fade in his memory.

Thank you to everyone who helped us find him, thank you to the MLHR volunteers who dropped everything on a Sunday to help the search.”