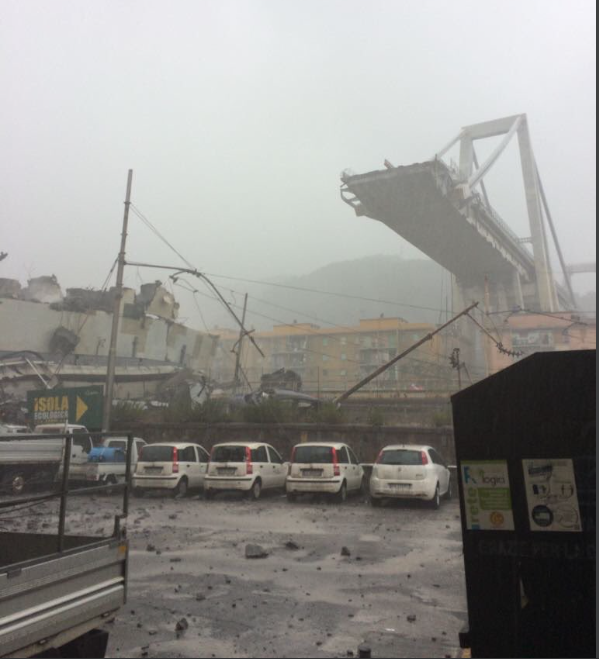 Dozens of people are feared dead after a huge section of a highway bridge suddenly collapsed during a storm in Genoa, Italy.

A large section of a road bridge has collapsed in the northern Italian city of Genoa.

It’s believed to have been caused by a structural weakness.