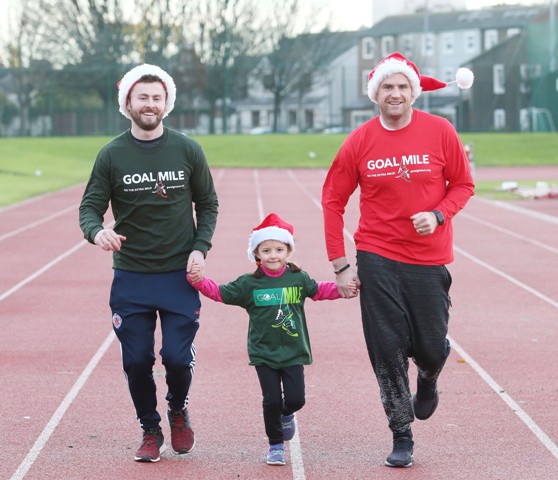 Dublin football star, Jack McCaffrey, is encouraging both young and old to get involved in this year’s GOAL Mile over Christmas and the New Year period.

The charity’s long standing ‘Miles’ will once again offer people an opportunity to have fun and to help raise money and awareness for some of GOAL’s most vital programmes in the developing world.

Now in its 36th year, the GOAL Miles regularly attract tens of thousands of participants each year. More than 130 Miles will be held across the country over the festive period, confirming the ever-growing popularity of the event.

The three-time all-Ireland football winner McCaffrey is particularly encouraging families to make sure their children take part in their local event.

“Anyone, no matter their age or fitness level, can take part in a GOAL Mile, but the individual events become very special when lots of children participate,” he said. “Not only are young boys and girls exercising and having fun, but they are also learning about – and helping – children in other parts of the world who may be suffering because of hunger, disease or conflict.”

To find a GOAL Mile near you, please visit www.goalglobal.org.

Trump In the Mire