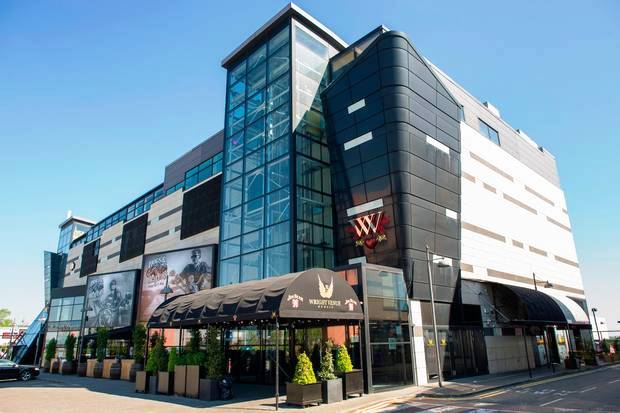 21-year-old Adam McCabe and 22-year-old Joshua Sykes have been jailed for 18-months each for sexually assaulting a teenager who was slumped over on a couch in a private room in a Dublin nightclub.

Father of one McCabe of Clusker Pk, Navan, Co. Meath, and Sykes, of Ardlo Manor, Mullagh, Co. Cavan, both pleaded guilty to sexual assault at The Wright Venue in Swords, in July 2017.

Both claimed they had no memory of the incident despite pointing themselves out on CCTV footage that revealed them sexually assaulting the woman.

Judge Cormac Quinn said it was a “shocking case” and imposed a three-year sentence, with the final 18 months suspended, on each man.

A hostess at the club venue said the victim was “completely asleep” and barely woke when she tried calling her. She told gardaí that the man who was with her wasn’t making much sense either.

Garda Shane McGuinn said that while McCabe admitted he could be seen performing oral sex on her, he then told gardaí that the woman had been “well able to move around” and had been kissing him previously, but accepted that she was “drunk probably” in the footage.

Sykes described the footage of him assaulting the woman as “disgusting” He denied taking the woman’s phone and money, as shown in the CCTV, but later admitted having the items and not being able to account for them.

In her victim impact statement, the woman said that the incident led her to self harm as she couldn’t stop thinking about what happened.

She said she didn’t get help for this, because she was ashamed. She added that she suffered panic attacks and anxiety and didn’t drink or socialise anymore, because it would make her cry.

Barristers for McCabe and Sykes said that their clients had both entered early guilty pleas. Patrick McGrath defending McCabe, submitted that his client’s “shame is accompanied by deep remorse”.

He asked the judge to consider his client’s exceptional intake of alcohol on the night as an explanation and not an excuse for the offending.

Michael Bowman, defending Sykes, submitted that his client has been described as caring, hardworking and loyal by his former partner.

Bowman said Sykes had owned up and taken responsibility for the offence. He submitted that Sykes had communicated his disgust, shame and remorse for what he had done.

He took into account the men’s young ages, their early guilty pleas and their co-operation with The Probation Service. He further noted that McCabe had since been “vilified and ostracised on social media” and that Sykes had lost his job.