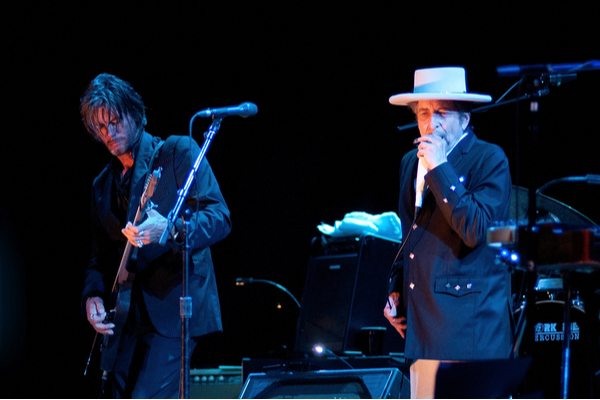 Bob Dylan and his legal team have formally responded to allegations made by an anonymous woman that he sexually assaulted her. The singer, and his lawyers, are calling the sex abuse lawsuit filed against him in New York last summer a “ludicrous” money grab.

Instead, labelling it from an unbalanced “psychic” who once stated she had been “abducted by aliens and piloted their spaceship.” They will seek to overcome this “brazen shakedown” by discrediting the woman and bringing attention to her work as a psychic.

The plaintiff, identified to court as now-68-year-old J.C., initially claimed that Dylan attempted to abuse the woman in April and May of 1965. She claims the singer attempted to “lower her inhibitions with the object of sexually abusing her, which he did, coupled with the provision of drugs, alcohol and threats of physical violence, leaving her emotionally scarred and psychologically damaged to this day.”

However, J.C.’s timeline of events did not match public records of his movements, which had shown the singer to be on tour during that period. Last week, the lawsuit was amended to claim that the abuse took place over “several months” in the spring.

Dylan’s legal team responded to the amendment with a filing calling the suit “a brazen shakedown… false, malicious, reckless and defamatory”. It continued, “Mr. Dylan will not be extorted. Mr. Dylan will vigorously defend himself against these lawyer-driven lies and seek redress against all those responsible, including by seeking monetary sanctions against persons responsible for manufacturing and bringing this abusive lawsuit.”

Unable to identify the woman, lawyers persisted on highlighting the woman’s personal website, where she claimed to be a psychic. She claims to be able to channel the dead, speak with living and deceased animals, and read signs in everything from tea leaves and coffee grounds to smudged lipstick. J.C. also once stated she had been “abducted by aliens and piloted their spaceship.”

In response, J.C.’s lawyer Peter Gleason said, “Neither my client nor her counsel are going to be bullied. More than half of Americans believe in psychic phenomena. If you’re going to attack somebody for their beliefs, you’re encroaching upon very dangerous territory. This is what this country is based on, freedom of beliefs. It shouldn’t divert our attention from the allegations. This case is about the facts.”