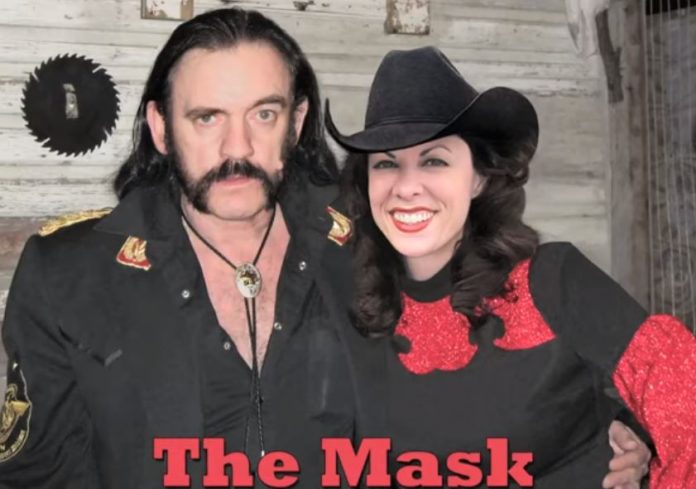 A country duet called ‘The Mask’ featuring the late Motörhead Ian ‘Lemmy’ Kilmister which has never been heard before has been uncovered.

Lynda Kay a Texan country singer-songwriter shared a sample of ‘The Mask’ yesterday in advance of her upcoming new studio album ‘Black & Gold’.

‘The Mask’ was co-written by Lemmy and Kay way back in 1979 but it was left lying idle until three decades later when Kay finished it in 2009.

According to Planet Rock, many believed the song had been lost and only now years after it was found, it has finally been aired to the public.

The track is quite unlike anything you might associate with the normal heavy metal sounds from the Motörhead’s catalogue. In contrast ‘The Mask’ would remind you more of a Johnny Cash cover of Nine Inch Nails’ ‘Hurt’ in its tone and style.

The song allows us to see a more tender side to Lemmy and the three-minute song,  described as heartrending sees Lemmy and Kay share the lyrics before they join forces for an energetic finale.

In August 2017, another previously unheard Motörhead cover of David Bowie’s ‘Heroes’ was revealed to the music world. The cover of ‘Heroes’ was recorded in 2015 during the Bad Magic sessions with producer Cameron Webb.

It was one of the last songs Motörhead recorded together before Lemmy’s death in December 2015.  Motorheads’ albums ‘Overkill’ and Bomber’ have just been reissued along with an expansive ‘1979’ box set that will be released on Friday 25th October to celebrate their 40th anniversary.