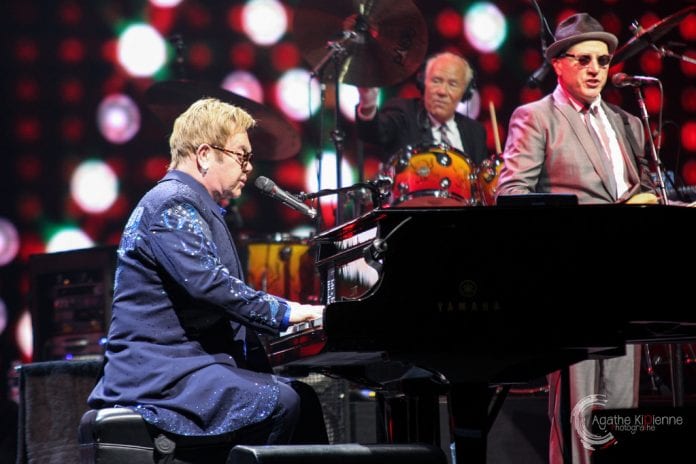 Elton John has recently called on Australians to vote ‘Yes’ in the same sex marriage vote that is currently on in the country. The postal vote is taking place until November 15th and was opened on the 12th of September.

The music legend is currently on tour in Australia. He posted an emotional message on Instagram. He revealed that being previously married to a woman made him feel “guilt and regret” and that he “denied who I really was”.

Elton John married his partner Renate Blauel who is a German recording artist in 1984. But they divorced in 1988.

He said of the marriage: “Many years ago, I chose Australia for my wedding to a wonderful woman for whom I have so much love and admiration.”

“I wanted more than anything to be a good husband, but I denied who I really was, which caused my wife sadness, and caused me huge guilt and regret. To be worthy of someone’s love, you have to be brave enough and clear eyed enough to be honest with yourself and your partner.”

Elton has since married partner David Furnish in the UK when gay marriage became legal. The couple have two sons, Elijah who is four years old and Zachary is six years old. The couple have been together since 1993.

“Almost 24 years ago, I met the person with whom I could be fully myself,” he said.

“When we married in 2014, it felt like that fact was accepted by the world. For David and I, being able to openly love and commit to one another, and for that to be recognised and celebrated is what makes life truly worth living.

“That acceptance and support makes us want to be as kind, responsible and productive members of society, as well as the best parents, that we can be.

“I love Australia. I love its spirit, it’s lack of pretence, it’s passion. I hope it can embrace the honesty and courage that sees gay marriage as an expression not of desire but of love.”