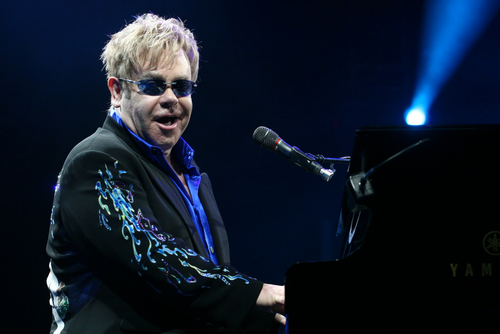 Gorillaz have released the latest episode in their ‘Song Machine’ series on October 1st. A collaboration with Elton John and 6lack, in which Elton is depicted as a cartoon character, is the last instalment on the album. Watch ‘The Pink Phantom’ video for the piano-led effort, featuring a cartoon version of Elton, in the video below.

Elton said recently of the collaboration that “Damon reached out and asked me to do something”. Even through working remotely, the Rocket Man singer said it was “such an engaging and creative process”.

“I’ve always loved Damon because he encompasses so many different sorts of music. He has his fingers in so many pies and although he’s achieved so much, he never sits still creatively. He’s constantly pushing forward and embracing the new, which is admirable and rare. I’ve always been a Gorillaz fan anyway, so when he asked me to do a Gorillaz track, it was a no brainer. I’m so very, very happy that that’s come about.”

Gorillaz frontman 2D thanked Sir Elton for his “time and genius”, Danish pastries and for making some of the “best tunes of all time.”

Coming 12-13 December is Song Machine Live, a global live stream that will be Gorillaz’s only live performance this year. The group have also been working on another project in the form of their first hardback annual, set to arrive on October 23. The Gorillaz ALMANAC will feature 120+ pages of games, puzzles, new artwork and comic strips, published by Z2 Comics.