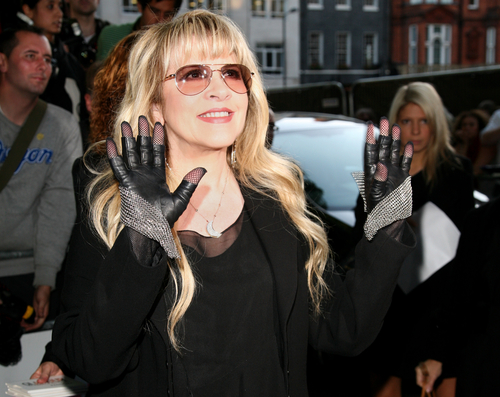 New Stevie Nicks song, “Show Them the Way”, gained inspiration from a dream the singer had during the run-up to the 2008 presidential election.

In the dream, Nicks was invited to perform at a political benefit for a few historic icons. Martin Luther King, Jr. led her by the arm into a ballroom, where John F. Kennedy, Robert F. Kennedy, and John Lewis were seated, awaiting her.

Nicks transformed her dream into a poem in 2009, titled The Kennedys and shared it online.

She decided to release the song this year, viewing it as a hopeful balm during this “very strange and dangerous time.” Even though she expresses displeasure with the current political landscape, she stops short of endorsing any candidate.

While reluctant, Nicks adds: “As we get closer to the election, I probably will state who I am for. But not now. Well – I’m not for Trump, so that’s that.”

The Fleetwood Mac frontwoman is creating a miniseries based on the band’s 70s hit, “Rhiannon” and the story line will follow the mythology of the Celtic deity. Speaking with the Los Angeles Times, Nicks informed that she has ten unreleased songs set aside for the show and Harry Styles, to whom she is a friend and mentor, “is definitely in the running” for a role.

Stevie Nicks is set to release her first solo album since 2014. A live album and film, titled Stevie Nicks 24 Karat Gold the Concert, is due to be released on October 30th. The double-disked album and film capture a live recording from shows in Indianapolis and Pittsburgh in 2017. A film will screen, on the 21st and 25th of October, in select theatres, such as the Odeon Omniplex, Rathmines.

The 72-year-old is showing no signs of slowing down anytime soon.

Meat Loaf Bat Out Of Hell Album Reaches Number One In...