Home Music News Elvis Costello Accepts O.B.E. From The Queen As His Mum Told Him... 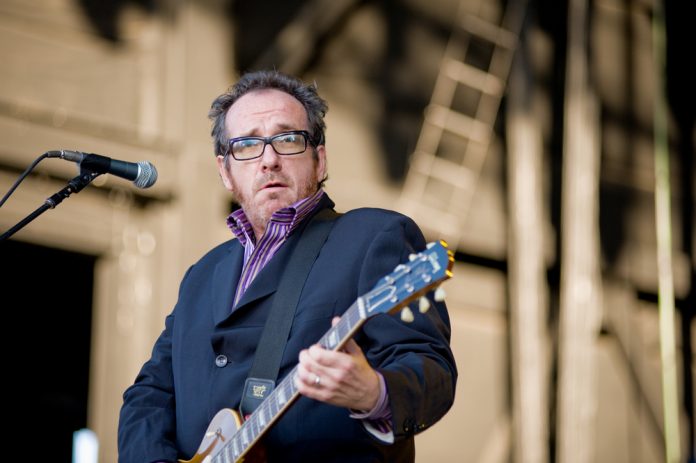 Elvis Costello has received an O.B.E. aka ‘Officer of the Order of the British Empire’, for his contribution to music!

The legendary musician wrote on his blog that he had received a “very surprising honour” and went on to say that it was only after discussing it with his mother Lilian, that he decided to accept the award.

His first response to the news when he received the ‘O.H.M.S.’ letter was, ‘Oh no, they’ve finally tumbled me “. In the blog post, the singer explained:

“I began my call by telling my Mam that the Prime Minister, Mrs. May, had put my name forward for an O.B.E. ‘But she’s rubbish’, Lillian cut in before I could complete the news. Well, that aside, I said, ‘Of course, I won’t be accepting the award’.

However, Costello’s mother was quite persuasive; arguing that he accept it graciously by the very fact that he deserved it. “So, as a good lad, who likes to do what will make his Mam most proud, I knew that I must put old doubts and enmities aside and muster what little grace I possess.”

Despite that, Costello with strong his personal beliefs and opinions said, “Even so, it is hard to receive anything named for the ‘British Empire’, and all that term embodies, without a pause for reflection.”

The singer’s two grandfather’s both fought in World War I, he said that it was a combination of the memory of them and his Mother’s influence, that he was able to accept the O.B.E.

According to COS, Costello finished his words by remarking in a mock jokingly fashion,   “It confirms my long-held suspicion nobody really listens to the words in songs or the outcome might have been somewhat different.”

He continued, “It would be a lie to pretend that I was brought up to have a great sense of loyalty to the Crown, let alone notions of Empire. I used to think a change might come but when one considers the kind of mediocre entrepreneur who might be foisted upon us as a President, it’s enough to make the most hard-hearted “Republican” long for an ermine stole, a sceptre and an orb.”

While awaiting his crowning, Elvis Costello & The Imposters and Blondie are planning a joint tour in July and August.

Thinking Of Sea Sessions? 10 Reasons Why You Should Go