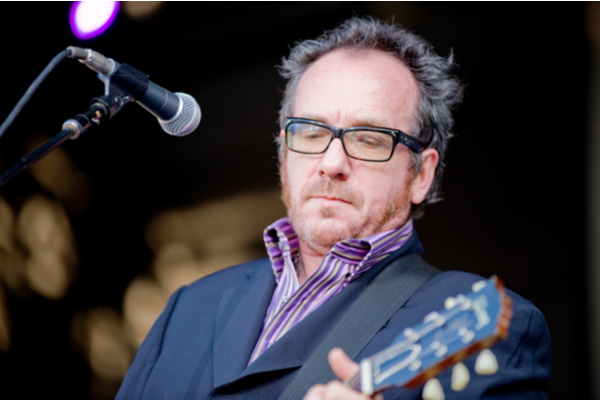 Elvis Costello has revealed that he does not “like” modern rock music. He claims that the “beat is so square”.

Speaking to Rolling Stone, Elvis Costello admitted that if you lose the roll out of “Rock n’Roll”, then it is very easy to lose the fun.

“I don’t like much rock music. I like rock & roll. I think if you lose the roll part, a lot of the fun goes out of it”, he said.

Costello also went on to add, “when people ask me, ‘What’s your favourite record?’, I usually don’t name any electric-guitar records made in the last 30 years because the beat is so square. I like things that float a bit or swing a bit, whether it’s rock & roll or actual jazz that swings”.

He also stated, “You listen to these records out of Nashville, they couldn’t float if you filled them full of water. They just don’t; they’re square and they sound like bad rock records from the nineties. To my ear, they just do. But somebody likes them”.

“live by his example”

Elvis Costello has also insisted that he has always tried to take a leaf from his grandfather’s book as a musician.

“My grandfather – he was a trumpet player – never used to criticise other musicians”, he said. “I’m trying to live by his example a little better these times and not be so critical of everybody else. But you can’t like everything”.

On top of this, Elvis Costello has also stated that he hopes radio stations refrain from playing his controversial track “Oliver’s Army”. The singer has said that he would rather stations avoid playing the song altogether than censor it.

He has stopped performing this track too.

“On the last tour, I wrote a new verse about censorship, but what’s the point of that? So I’ve decided I’m not going to play it,” he said. “[Bleeping the word out] is a mistake. They’re making it worse by bleeping it for sure. Because they’re highlighting it then. Just don’t play the record!”.

Elvis Costello – “The Boy Named If”

Costello has also recently released his latest album “The Boy Named If”.

'The Boy Named If' is out now! I'm so delighted for you to hear it in its entirety. Have a listen and let me know what you think. Get your copy today on CD, Vinyl, or listen anywhere you stream music. https://t.co/UQXUeUEBB8 pic.twitter.com/x8sgdJz3mT