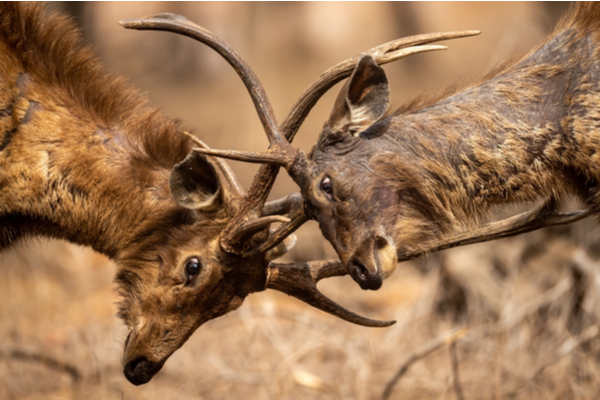 A man who had been struck by a stag while working for the ESB has settled his High Court action. ESB engineer, John Corcoran had been requested to check a mast when the stag attacked him on a forest footpath in County Tipperary. The incident occurred at Kilduff Mountain in September 2016, a time when stags partake in the rutting season.

Following the settlement, the terms of which are confidential, a statement released on Mr Corcoran’s behalf said although he is grateful to be alive, he fears the attack will forever haunt him.

“Being left for dead in a bush for over an hour-and-a-half having narrowly escaped death is not a risk in the workplace that should ever be allowed to happen. I truly hope lessons have been learned.”

The engineer believes no employee, “particularly in the already dangerous line of work of the ESB” should ever be left alone, especially when working so remotely. This situation is deeply regrettable for Mr Corcoran, who feels the incident could have been avoided “with better support and working conditions from the ESB.”

Although Mr Corcoran’s case began earlier this week, an asthma attack he suffered in the witness box caused the case to be adjourned while he attended hospital. However, Mr Justice Paul Coffey revealed yesterday that the case had been settled.

Mr Corcoran sued ESB Networks Designated Activity Company, and the Electricity Supply Board, over the stag attack on September 12th, 2016. Mr Justice Paul Coffey was told that liability had been admitted in the case, which was before the court for the assessment of damages only. However, reports say his claim for damages included a total of €420,000 in loss of earnings.

Further claims added that the aforementioned companies failed in providing a system in place for when a lone worker falls into distress. Speaking from the witness box, Mr Corcoran recalled it being “a really lovely summer’s day when the attack happened.

“A herd of deer crossed the path in front of me. I said wouldn’t it be a lovely picture and then I got a sense of fear. The hairs on my neck were standing. I looked behind me and there was a stag fifteen paces back from me,” the ESB engineer said.

Mr Corcoran explained that he began to run away before the stag hit him with force, puncturing his rucksack and shoulder with the antlers. He said the stag “propelled me through the air at speed”, knocking him over a bank and into the scrub. “I lost my helmet and glasses,” he added.

Mr Corcoran continued to be attacked with the stag’s feet and antlers before plunging a rod into the animal’s nostrils “a few times.” However, the stag reared up on his hind legs before coming crashing down on him.

Mr Corcoran said he lost consciousness for around ten to twelve minutes, although he later managed to reach his phone and call for help. Sean Fitzgerald of HOMS Assist, solicitor to the ESB engineer, said it was miraculous that his client had survived the stag attack.

“We are only grateful that his case is one that highlights the role of care and responsibility that employers have for their employees. We are pleased that Mr Corcoran now has some closure and that he and his family have the financial support for the care he requires for his life-changing injuries,” he added.