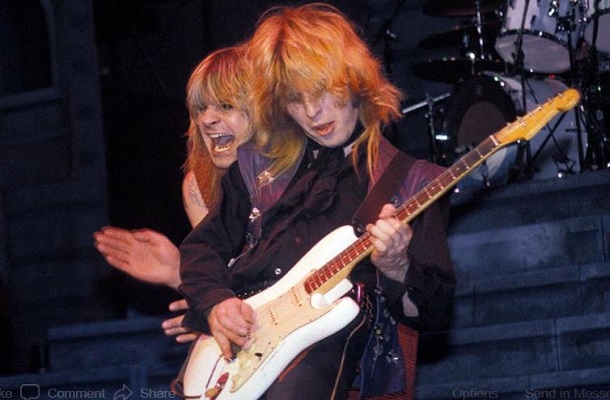 Irish-born Bernie Tormé had been recently hospitalized while suffering from double pneumonia and was on a ventilator.

According to UCR, the news was shared on social media that Tormé reportedly died on Sunday, one day shy of his 67th birthday.

Mik Gaffney, who performed with Tormé, wrote about the late fellow musician  on Facebook,

“It’s been a thrill playing drums for him for the past couple of years. He was loud, passionate, didn’t suffer fools but he was always a true gentleman. … I will miss our arguments about Irish whiskey vs Scottish whisky, I will miss him calling me a c**t, I will miss seeing that sparkle in his eye when he strapped his guitar on … RIP Bernie. We we all miss you … ”

As a teenager, Tormé began playing gigs Dublin and London. His first break was in 1979, when he became the guitarist in Gillan, the hard-rock outfit  fronted by former Deep Purple singer Ian Gillan.

Tormé joined Ozzy Osbourne’s band, which he joined after Randy Rhoads’ death in 1982.

After only a few shows, Tormé decided to leave the band and focus his attention on solo work. Night Ranger axeman, Brad Gillis took his place.