Home News Extra Bank Holidays To Be Introduced In Ireland?? 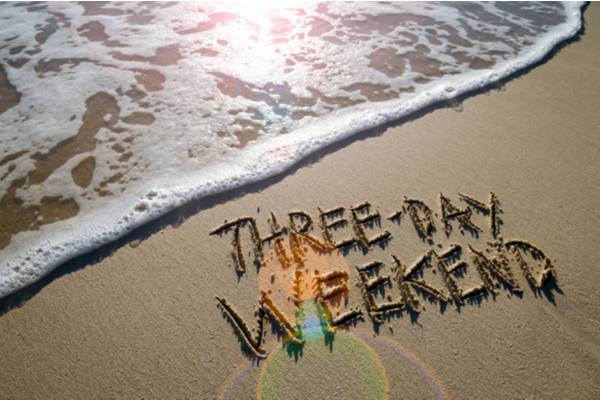 There has been a call to introduce three extra Bank Holiday dates into the Irish calender.

This call has been made to the Dáil by People Before Profit who want to see people off work on February 1, along with the last Mondays in both September and October.

The Bill will be put forward to the Dáil in September 2021.

Their TD Richard Boyd Barrett has also said that workers must be recognised for their hard work and sacrifice during this pandemic.

“We’ve chosen these three extra bank holiday dates because they are dates in months where there are currently no bank holidays”, he said.

He also added, “So it would mean we would have a bank holiday in every single month of the year. I think that it right because people are suffering from huge work-related stress, we have mental health problems so I think giving people bank holiday would be a genuine acknowledgement of the hardship and sacrifice they have gone through”.

As it stands, Ireland has the lowest number of Bank Holidays in the EU with nine in the calender year. Countries such as Austria, Poland and Portugal have thirteen. Greece have 12, while Germany, France, and Finland have eleven.

This idea has been brewing for a long time. Back in December 2020, Taoiseach Micheál Martin said that adding an extra Bank Holiday date could be something that “that we could do in terms of reflecting and acknowledging the work of many workers in different fields and in different sectors”.

Previous to that, Minister Simon Harris said this in May 2020. “I think when the country gets through this – and we will get through it – and it’s safe to begin to do some normal things again”.

He also added, “I think there would be some benefit in having a day to recognise all that people have been through and sacrificed, that people might be able to enjoy with their family and friends”.

Brendan Griffin had also told the Dáil that adding an extra date would benefit those who have been struggling in the Tourism sector since the pandemic began.

However, the Government have appeared to have indicated that adding an extra bank holiday date would be harmful to employers, with some already struggling to recover from the Covid crisis.

What is to become of this bill from People Before Profit in September? Watch this space.