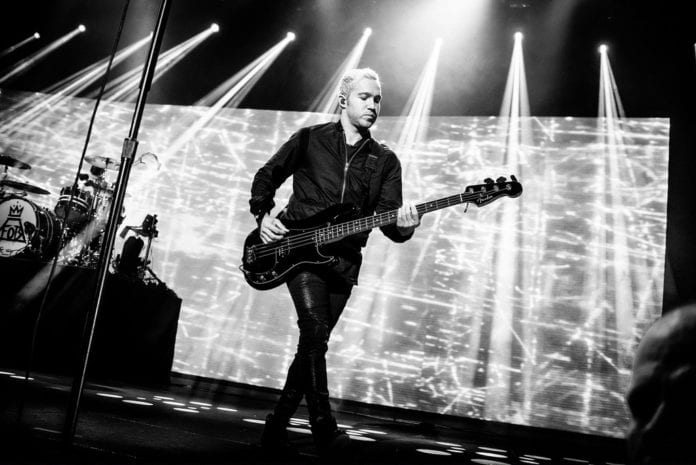 The release of Fall Out Boy’s new album ‘Mania’ will be on September 15th. The record will be the band’s seventh album. The rockers have kept pretty quiet about the record, and have instead let their recently released singles do the talking. “Champion” and “Young Menace” were released by the band earlier this year, with critics surprised by the latter’s EDM sounds.

With the release date of the record fast approaching, Pete Wentz spoke to Rolling Stone about what fans can expect to hear. Wentz has assured fans that the EDM sounds on “Young and Menace” don’t reflect the whole record. He even managed to include TWO Flintstones references in the short interview, as only Pete Wentz can.

“It feels like every once in a while, you’ve gotta do a hard restart that clears the cache and erases the hard drive. I think that’s what “Young and Menace” was – a big palette cleanse. I think it gave us the space to create something brand new. The world can be a big lonely place, especially for kids who are trying to figure themselves out. I think sometimes we can forget that… that’s who Mania is meant to speak to. That’s who I want to reach. I don’t think that kids should feel like they need to adjust their empathy or selves to the world – I’d rather give them the belief that they can adjust the world to fit their empathy.”