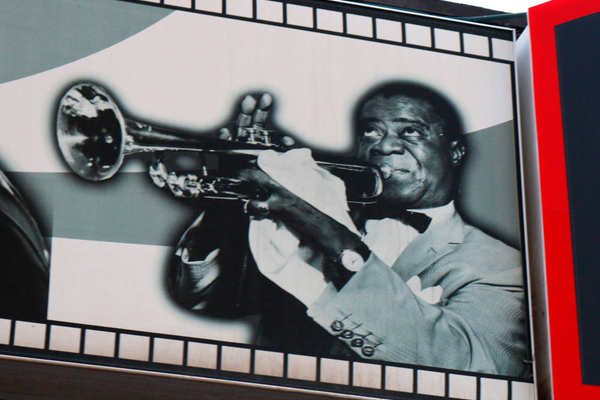 It has been reported that Hurricane Ida has destroyed a legendary New Orleans Jazz site. It has made a landfall in Louisiana.

The Karnofsky Shop was located at 427 South Rampart Street. It was also run by the Karnofsky family.

The store has also been hailed as Louis Armstrong’s “second home”. The legendary musician spent a lot of his childhood in the family home above.

When he was seven years old, Armstrong was hired by the Karnofsky’s to work on the junk wagon. He was blowing a toy horn to get the attention of the locals. He would also deliver coal in the evenings.

A young Louis Armstrong is said to have been encouraged by the family to pursue his love of music. They are also said to have loaned him the money for him to buy his first cornet.

Store was placed on National Register of Historic Imapact

Such is the influence the store had on Armstrong’s career, the store was placed on the National Register of Historic Impact. Despite this, there has not been a lot done to preserve it in recent years.

The register also tweeted this, “The Karnofsky Tailor Shop, a site of historic importance to the birth of jazz, collapsed during Hurricane Ida last night. The PRC holds a preservation easement on the circa-1910 brick structure in the 400 block of South Rampart Street, and we were”.

The first jazz store was also opened by Morris Karnofsky. Morris was the son of the family who ran the premises.

Hurricane Ida was one of the most powerful storms to hit the USA. It caused the building to completely collapse.

You can donate to the United Way of Southeast Louisiana, the American Red Cross and the Greater New Orleans Foundation.

The Classic Album at Midnight – The Beatles’ Rubber Soul