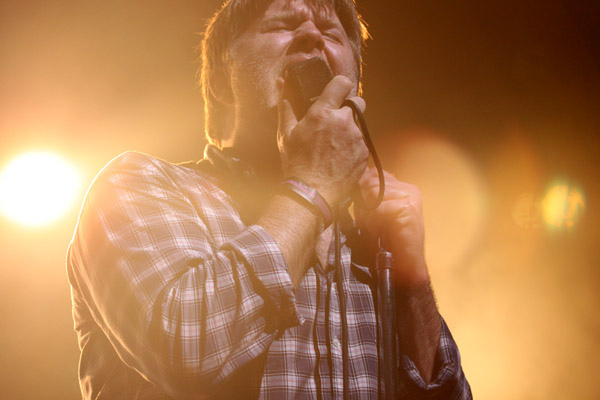 After an epic sold-out residency at the Olympia Theatre last month, LCD Soundsystem have announced their return to Ireland with an outdoor gig at Malahide Castle, Dublin on June 5th 2018.

⚡️NEWS⚡️@lcdsoundsystem@MalahideCastleG
June 5th
Tickets on sale next Friday at 9am! pic.twitter.com/ZKMlLb92o5

The New York rockers formed in 2005, gaining immediate attention and critical acclaim for their self-titled Grammy-nominated debut album. After splitting in 2011, they came back together in 2015 to the delight of fans, playing huge festival slots like Coachella, Lovebox Festival, Primavera Sound and of COURSE Electric Picnic.

Their fourth album ‘American Dream’ is out now and has received rave reviews.

Pitchfork said the songs “couldn’t sound timelier” and that “Murphy and company have never sounded so invigorated,” while The New York Times hailed “call the police” as “a quietly ambitious protest song…except that instead of searing it motors.”

Tickets go on sale next Friday, November 3rd at 9AM and tickets are priced at €69.50 including booking fee via Ticketmaster outlets and www.ticketmaster.ie