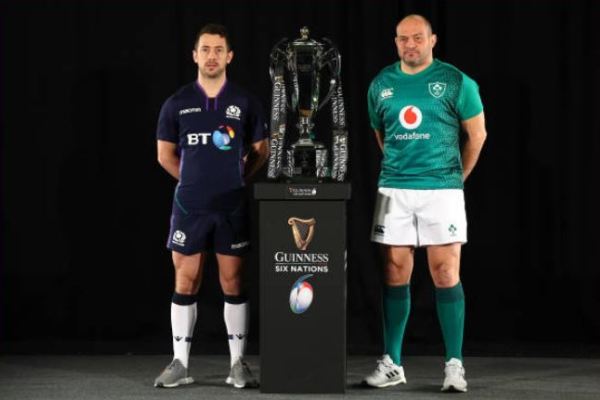 Ireland have made five changes for Saturday’s Six Nations meeting with Scotland at Murrayfield.

Four of those changes are enfored, with Garry Ringrose, Devin Toner and CJ Stander injured in the defeat to England, and Robbie Henshaw picking up a knock in training.

Josh van der Flier also loses his place in the team, dropping to the bench.

Rob Kearney comes in at full back, with Munster’s Chris Farrell taking the number 13 shirt in the centre.

Quinn Roux deputises in the second row for Devin Toner, with Jack Conan and Sean O’Brien starting alongside Peter O’Mahony in the backrow.

Ultan Dillane is among the replacements.

Scotland have made four changes to their side, with two of them enforced.

Simon Berghan and Josh Strauss come into the pack to replace the injured pair WP Neil and Sam Skinner.

Jonny Gray is restored to the second row, while the only change to the backline sees Sean Maitland replace last week’s hattrick hero Blair Kinghorn.

Elsewhere Wales have rested a number of key players for their game against Italy in Rome.

Captain Alun Wyn Jones drops to the bench, while centre Jonathan Davies will skipper the side for the first time.

Dan Bigger will start at out half.