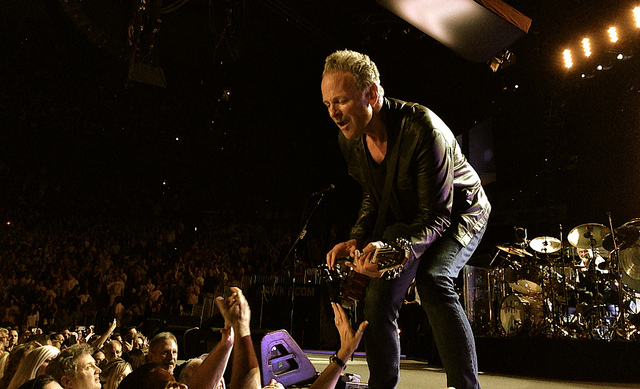 Fleetwood Mac are coming back to Dublin for a second concert.

Their first gig at Dublin’s 3Arena on June 20th, sold out in minutes and legions of diehard Mac fans were left devastated.

For all those fans that missed out on tickets the first time around, you have a second chance to try and get you hands on Fleetwood Mac tickets.

Due to phenomenal demand the group have added another show for July 10th at Dublin’s 3Arena.

The ‘On With The Show’ tour arrives in Europe at the end of May, the band’s first concert will be at London’s O2.

In October, Fleetwood Mac kicked off their North American tour. The group returned to the stage to play their first full set with songbird Christine McVie following a 16 year absence.

Fleetwood Mac will arrive in Ireland for the second time on July 10th to play Dublin’s 3Arena.  Tickets from €55.00 inc booking fee are on-sale from next Monday, December 8th at 9am and will be available to purchase at Ticketmaster.ie and in person at over 100 Ticketmaster outlets around the country.