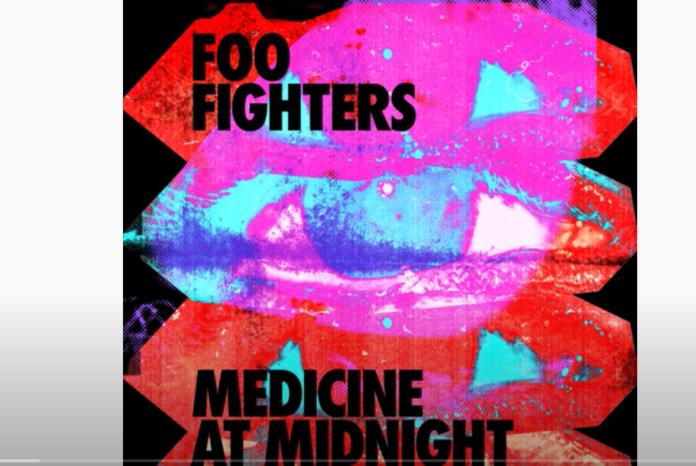 Today has seen the Foo Fighter’s highly anticipated 10th studio album finally released. This album is called “Medicine At Midnight” and is the first studio album released by the band, since “Concrete and Gold” in 2017.

Guitarist, Dave Grohl’s daughter Violet supplied backing vocals on the album’s opening track, “Making a Fire”. You can see more of that here.

Another of the album’s tracks is called “Waiting on a War”, a track that Grohl also dedicates to his daughter Harper. He said that she had become concerned about the threat of global violence.

On the album, Dave said that it was due to the pandemic, that the release date for this album took more importence than any others released in the past.

Having waited months for a sense of normality to return, Grohl added that the band decided to proceed and release this new music. “Everyone realized that wasn’t going to happen anytime soon,”. “We made these songs to share and it’s time to share them”.

This band was formed by Grohl after Nirvana’s split following Kurt Cobain’s death in 1994. This album appears in stark contrast to the usual material released by this raucous rock band.

Greg Kurstin produced this 9 track album and appears to steer them towards David Bowie-esque pop.

Foo Fighters’ drummer, Taylor Hawkins compared this album to “two records in one”. He went on to say further, “You’ve got your disco, dancey, groove-oriented album, and then other half is pretty traditional Foo Fighters rock music. So if you don’t like the dancey bits, just fast forward”.