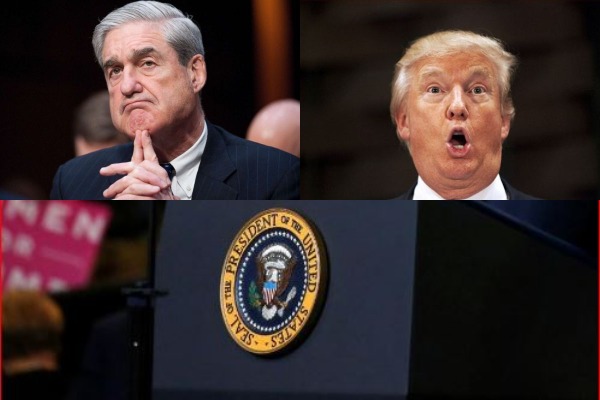 For the first time in his more than two years as special counsel, Robert Mueller has spoken publicly about his investigation into alleged Russian Collusion in the 2016 U.S. Presidential election.

The man who led the investigation into potential Russian meddling says charging Donald Trump with a crime wasn’t an option.

The Mueller report cleared Mr Trump’s campaign of working with Moscow to sway the vote – but didn’t make a conclusion on whether he obstructed justice.

The President’s tweeted to say “The case is closed”.

Mueller began and ended his statement with a clear message to the nation. During the 2016 elections, America was under “concerted attack” by a foreign power.

Today he described “sophisticated cyber techniques” to hack computers and networks in an effort to damage Democrat Hillary Clinton’s presidential campaign in 2016.

He also noted the Russian social media efforts to sow discord in the US political process.

“That allegation deserves the attention of every American,” Mueller said in the last full sentence of his appearance.

There have been efforts in Congress to pass new legislation protecting the US electoral system, but at least so far those attempts have been stymied by Republicans.

Mr Trump himself has repeatedly called into question whether Russia was behind the cyber-attacks of 2016.

Mueller clearly wants the public to know that, after two years of investigation, he takes the threat much more seriously.

The central thrust of Mueller’s investigation was whether there was “collusion”, between Russian cyber-attacks and members of the Trump campaign.

While the Mueller report presented evidence of multiple contacts between members of then-candidate Trump’s circle and Russian nationals, it made no criminal referrals.

Mueller restated this. “There was insufficient evidence to charge a broader conspiracy.”