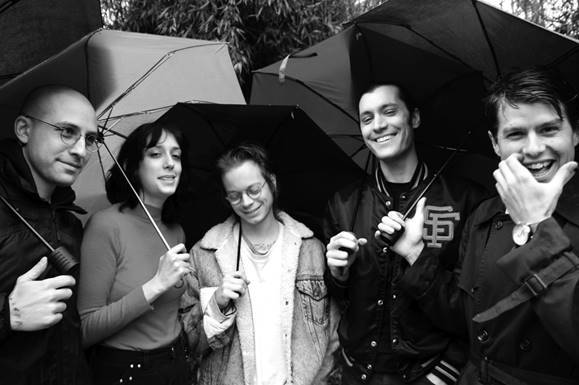 Psych-pop prog rockers Wand are set to play live at The Sound House in Dublin on  22nd August 2019. Tickets go, on sale Friday at 10 am.

The band are set for Irish shores fresh on the release of their latest album Laughing Matter. Easily their most accessible work, the album is replete with “emotionally crushing melodies result in perhaps Wand’s most realized release yet.”

One fan wrote via meta critic:

“On the new Wand album “Laughing Matter”, some songs stick with flying, wild riffs and hooks. Some songs drone on in a psychedelic haze. However, in a small way, this band is bringing glory back to the full-band. Writing together as a group with such wit and craftsmanship is admirable and should be celebrated.”

In late 2013 Wand released their fourth LP Plum since the band formed but their first new album in two years.

After a whirlwind initial phase of writing, recording, and touring at a frenetic clip, their newest document marks a period of relative patience; a refocus- ing and a push toward a new democratization of both process and musical surface.

In late winter of 2016, the band expand- ed their core member- ship of Evan Burrows, Cory Hanson, and Lee Landey to include two new members—Robbie Cody on guitar and Sofia Arreguin on keys and vocals.

Previously, Wand songs had generally been brought to the group setting substantially formed by singer and guitarist Cory Hanson; now seedling songs were harvested from a growing cloudbank of archived material, then fleshed out and negotiated collectively as the band shifted rhythmically between the permissive space of jamming and the obsessive space of critique.

The music of Plum focuses teeming, dense, at times wildly multi-chromatic sounds into Wand’s most deliberate statement to date, with a long evening’s shadow of loss and longing hovering above the proceedings.

Tickets cost €16.00 inclusive of the booking fee to grab them go here.