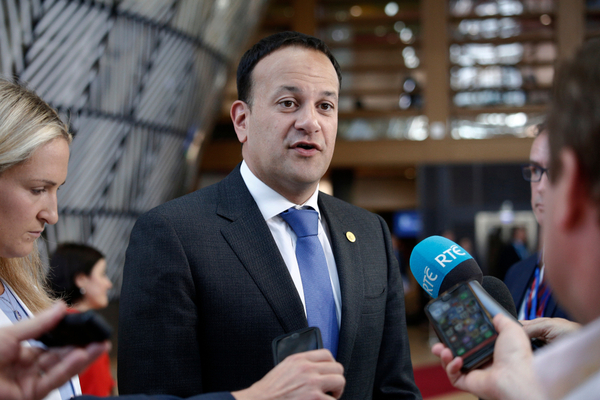 Tánaiste Leo Varadkar has hinted that facemasks could become a thing of the past for fully vaccinated Irish people.

The Tánaiste had previously hinted that additional freedoms would be granted to people who have been fully vaccinated against Covid-19. More here.

The Fine Gael leader said that Ireland could “possibly” follow the United States’ Centers for Disease Control’s updated guidance, which states that fully vaccinated people do not have to wear masks in some settings.

As well as insisting that it was up to the HPSC to examine, Varadkar did say, “I wouldn’t be surprised if we adopt their advice, we certainly have done in the past”.

Varadkar also added, “The CDC advice, as you know, is the American expert body if you like, the American NPHET… and often what they advise is what we advise”.

“So if you look at the vaccine bonus that we have in terms of letting people who are vaccinated to meet up outdoors, that was initially advice that was first put out there by CDC you know, 300 million people, huge resources”, continued Varadkar.

“Often what they deem to be scientific and safe… is something that other authorities then follow”.

“That’s really now for the HPSC to examine but I wouldn’t be surprised if we adopt their advice, we certainly have done in the past”.

Leo Varadkar did reveal that people aged in their 20s and 30s will be able to book their vaccine appointments “within a few weeks”.

Leo Varadkar was also asked if he could see masks becoming a thing of the past when the entire population will hopefully be vaccinated. To which he responded by joking that he has got into “terrible trouble” in the past for making similar predictions.

This comes after Health Minister Stephen Donnelly had said that everyone will be offered a vaccine by September. You can check that out and more here.

“That’s two doses or one dose in the case of the Johnson and Johnson vaccine but we would hope to be in a position to have the portal open in June”, he added.

“And a bit more flexibility on the use of the Janseen vaccines will help in that regard, there are some discussions about that under way”.

Earlier this week, Leo Varakar also said that hotels will be serving food a “few weeks” before independent restaruants re-open. More on that story here.