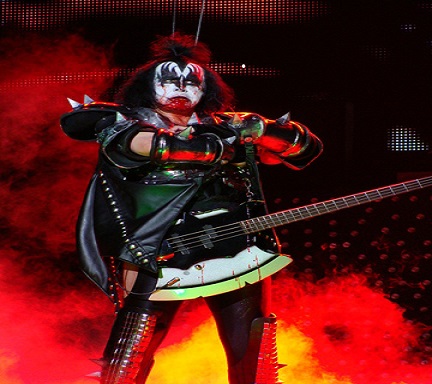 Gene Simmons has been sued for sexual battery. According to Pitchfork, the accuser, maintains the KISS bass player inappropiatly groped her in the kitchen where she worked as a dishwasher. That was at one of Simmons’ own Rock & Brews restaurants.

The woman referred to as Jane Doe, claims Simmons “reached over and forcefully placed his hand on her vagina, completely covering it” when she was posing for a photo with him.

Last December, Simmons was sued for sexual battery by a woman who said he instigated “unwanted, unwarranted sexual advances” at a radio interview. Simmons allegedly touched touched her buttocks when she also agreed to take a photo with him. That incident also happened at a Rock & Brews restaurant.

Pitchfork reports that the rocker settled the lawsuit for an undisclosed figure in July.

The KISS star had been previously sued for sexual assault back in 2010 by a makeup artist who claimed he humped her while she was employed at an ESPN studio.