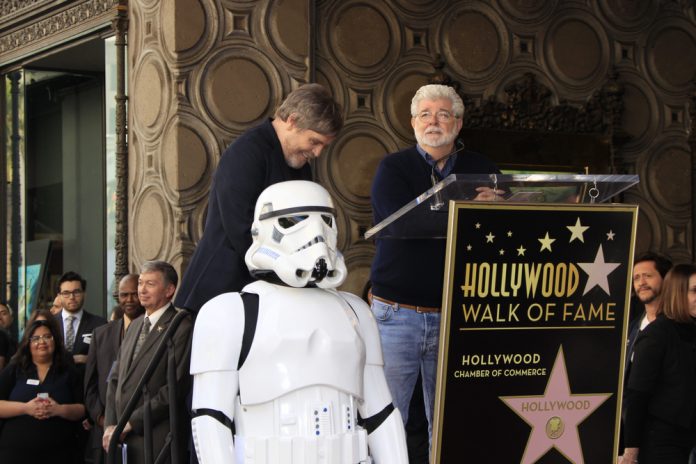 George Lucas has repeatedly selected the character Jar Jar Binks as his preferred Star Wars character. Lucas made the announcement via a pre-recorded video message that was shown at the Star Wars Celebration event held recently in Chicago.

He applauded Ahmed Best for developing the character of Binks, saying that it was a difficult job. According to the NME, the Jar Jar role was brought to life by Best who was influenced by the Disney character of Goofy.

This film is famously remembered as the first live-action film to include a fully CGI character. Whatever the feelings Lucas may have about his pal Binks, Jar Jar is not held in such high esteem by a lot of the Star War film fans, and according to the franchise creator, it is one of the weakest characters so far.

While some reserved praise for the CGI character:

He’s certainly the closest thing to an interesting Star Wars character. If Episode IX was any good, an ancient Jar Jar would turn out to be the ultimate hero and save the entire galaxy from that bloke who looks like a horse. https://t.co/N2qiPFWFJt

Actor, Best announced via social media last year that he had actually contemplated suicide after death threats were made online concerning his role as Jar Jar Binks.

20 years next year I faced a media backlash that still affects my career today. This was the place I almost ended my life. It’s still hard to talk about. I survived and now this little guy is my gift for survival. Would this be a good story for my solo show? Lemme know. pic.twitter.com/NvVnImoJ7N

After his initial break in the Star Wars series, Jar Jar Binks went on to appear in Attack of the Clones (2002) and Revenge of the Sith (2005) but thankfully only in a cameo role.

This coming May 19th, Star Wars: Episode I – The Phantom will celebrate its 20th anniversary.