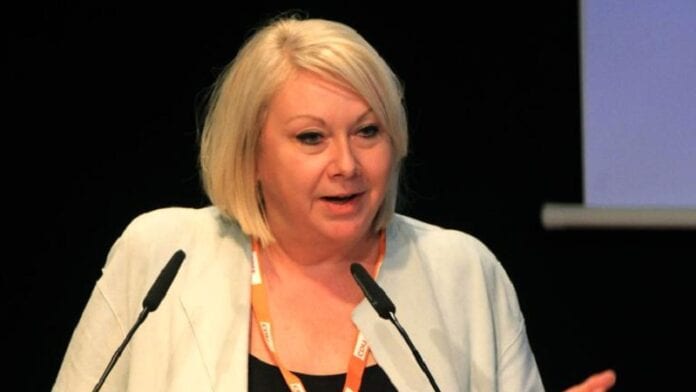 German politician, Karin Strenz has passed away after her plane made an emergency landing at Shannon airport yesterday.

Strenz lost consciousness on board and was taken to University Hospital where she was pronounced dead.

She was a member of Angela Merkel’s CDU party and had represented the north-eastern state of Mecklenburg-Vorpommern in the Bundestag since 2009.

It was not clear on Sunday night whether Ms. Strenz was on a personal or work-related trip to Cuba, or what caused her death, with a postmortem being required to establish why she lost consciousness.

Her plane was flying to Frankfurt and according to reports, her husband was also on board.

The Irish Times has made inquiries to Garda HQ and in their replies, the Gardaí confirmed a woman who had been on a flight that landed at Shannon later died but made no comment on her identity.

“Gardaí­ and emergency services were alerted to a medical emergency onboard a flight which landed at Shannon Airport, Co Clare, at approximately 7.30 pm.

“A woman (50s) was taken to University Hospital Limerick from the aircraft. The woman was pronounced deceased a short time later. Arrangements have been made for a postmortem to take place.”

The German politician was one of a group of politicians in Ms. Merkel’s party being investigated for allegedly taking money from Azerbaijan.

Some politicians allegedly took money from the oil-rich country in exchange for lobbying on behalf of the former Soviet country. State prosecutors began a formal investigation into her in January.

Around the same period, Ms.Strenz also voted against a motion in the Council of Europe, the European human rights body, demanding that Azerbijan release political prisoners.

In 2018, she was banned from the council for life after a report found evidence of corruption.

Earlier this year, she was fined €20,000 by the Bundestag for accepting undeclared donations.