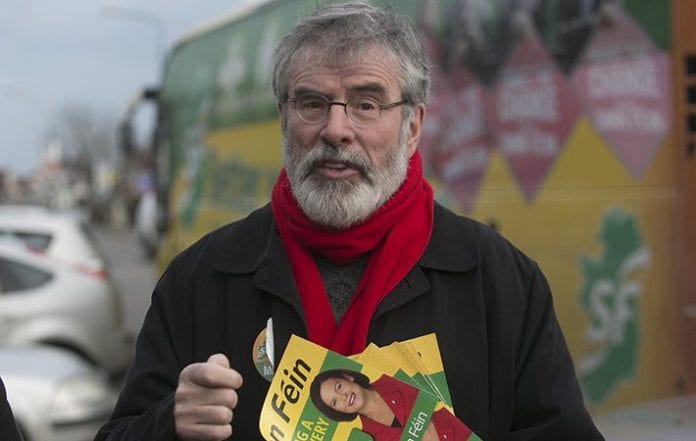 Gerry Adams will this evening outline a timetable for his departure as leader of Sinn Féin.

Some 3,000 party members are attending the party’s conference, which began yesterday in Dublin.

Motions on the party’s position on abortion will be debated this evening.

Having led Sinn Féin for 34 years, Gerry Adams intends to outline his plans for his eventual departure.

He is expected to run unopposed for the presidency of the party today, but will set the scene for who will replace him as leader at 8.30pm tonight.

Mr. Adams has said he wants party members to hear of his plans first, so no advance notice has been given of his speech, but deputy leader, Mary Lou McDonald, has long been tipped as the natural successor.

Speaking last night, she alluded to the change to come:

“The theme of generational change is very much part of the dynamic of this Ard Fheis.”

This evening the party will hear debate on repealing the 8th amendment of the Constitution, but is expected to maintain it’s position that members cannot vote according to their conscience, but rather must follow the party line.