Home Entertainment Graham Norton Talks About Growing Up As A Gay Man In Rural... 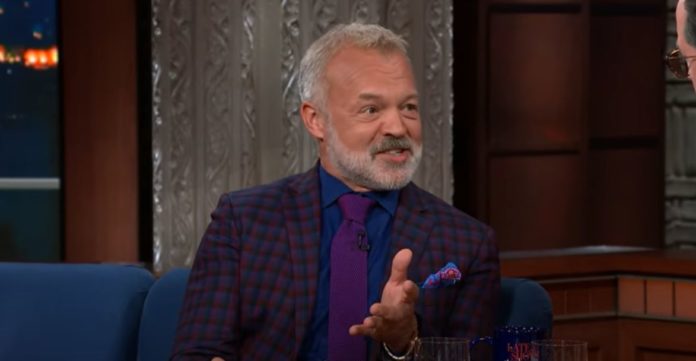 TV star Graham Norton has spoken about his experiences of growing up in rural Ireland as a gay man.

Graham Norton grew up in Bandon, co Cork, where he admitted that he was unable to express his sexuality properly.

He also revealed that he went to the US in the hopes of meeting a penpal who would “show him the ropes”.

“I never came out. It didn’t seem practical”, he said. “Living in a small town in rural Ireland in the early eighties there was no context for me to be gay in, so why tell anyone?”.

He continued, “I would just have been gay watching afternoon TV or riding my bike into town”.

“With no prospect of being gay in the very important boy meets boy scenario, I felt it would just have upset everyone without any real benefit”.

“Instead, I resolved to go to where the boys were. My plan was to take my J1 visa from university and travel to Los Angeles for the summer”.

“doing something about it”

It was not until Norton left for America on his J1 that he felt he was able to express his sexuality.

He explained, “I had a pen pal there, David Villapando, who had revealed in his letters that not only was he gay but that he was doing something about it. In fact, he was doing quite a lot about it”.

“I know it seems ridiculous that the closest gay person I could find was five thousand miles away, but subconsciously, that was probably how I wanted it”, he also added.

Not what he expected

Norton’s plan to link up with his pen pal may not have worked out. But, it was also somewhat of an awakening for Norton when he arrived in San Francisco.

“As I stepped bleary and aching from the bus with my backpack weighing heavily, a flatbed truck came around the corner with three drag queens waving and screaming on the back of it”, he said.

“Obviously, I knew that the city had a reputation for being gay, but nonetheless, this seemed a little overstated. It transpired that I had arrived on the day of Gay Pride”.

He also added, “I walked up to Market Street and watched the parade go by. Actual Grace Jones was on a float singing to me. My Irish head and heart were close to bursting”.

“In amongst the drag queens, leather daddies and grey-haired proud parents marching in solidarity with their children, I remember seeing some placards with the initials AIDS on them”.

“When asked, the pleasant woman standing beside me on the sidewalk explained happily, ‘Oh, it’s a bad disease they get.’ I had a vague recollection of reading something about it deep inside the Cork Examiner. A type of cancer, I thought.”

He also said, “Other groups on the parade were angry that the city had forced the bath houses to shut their doors”.
“The day had slowly turned from being a celebration of pride to a closing-down party. Short of money and with no more ticket to ride, I never did get to LA”.
Like Elton John, Graham Norton has also contributed to the new book The Queer Bible. In it, Norton paid tribute to American writer Armistead Maupin.
On a side note, who can forget Norton’s cameo as Father Noel Furlong on Father Ted?