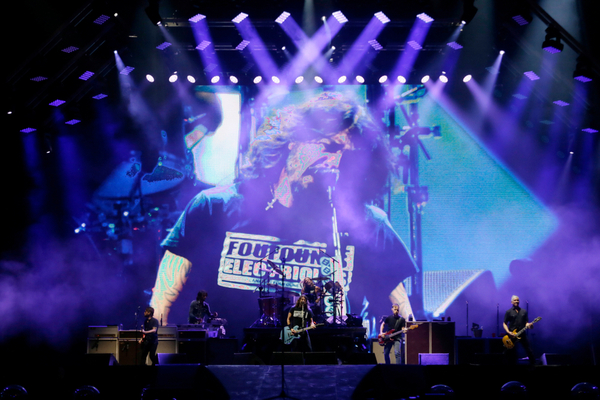 Dave Grohl admits to feeling “scared” to write about Kurt Cobain’s death in his new book, The Storyteller. The former Nirvana drummer reveals leaving the chapter opening up on the death of his friend until last, as the subject intimidated him.

“It’s another thing to write about something that you’ve barely spoken about with people close to you. I mean, I revealed some things in that story that I’ve never told my closest friends. I was scared to write it.”

Grohl was a young, 25-year-old man when he lost his bandmate and friend, Kurt, to suicide in April of ‘94. The rocker explains how he dealt with that grief before feeling ready enough to add it to his book.

“First of all, I knew what people wanted me to write,” Grohl explains. “I think that people have a lot of unanswered questions, as do I. I decided to write in a much broader emotional sense. The process of loss or grief and mourning and how that’s determined and how it differs from person to person. So yeah, it was a tough one to write.”

However, Grohl mentions how the legacy left behind by Kurt has helped him come to terms with his personal battles. He believes Kurt’s legacy helped him get through his own grief and sense of loss in the period following his bandmate’s death.

Also in the interview, Grohl recalls how a chance encounter in Ireland gave him the motivation to restart his life. This rocker did some “soul searching in the middle of nowhere”, where he possibly dreamt up the idea to form Foo Fighters in the months following Cobain’s death.

“After a few months, I decided I would go on this soul-searching trip to find the middle of nowhere, to be away from everyone and everything,” explains Grohl. “So, I went to one of my favourite places, the Ring of Kerry in Ireland. It’s entirely remote, there’s nothing there. It’s just country roads and beautiful scenery.

“I was driving down a country road and I saw a hitch hiker in the distance, and I thought, maybe I’ll pick ’em up. As I got closer and closer, I noticed that he had a Kurt Cobain t-shirt on. So even in the middle of nowhere, I had Kurt sort of looking back at me. And that’s when I realised, I can’t outrun this. I have to go home.”

Grohl reflected on his former friend and bandmate, explaining why he thought Kurt’s music had stood the testament of time. “I think that his simplicity, and the beautiful, direct language in his lyrics – which I would consider poetry – his specific lens, his perspective on life. He was very open to writing about his own pain, which I think millions of people could relate to and connect with… Because it was just him, that was it.”