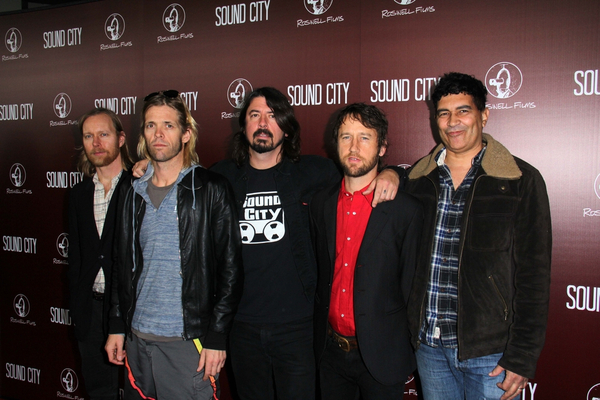 Foo Fighters frontman, Dave Grohl has explained how Stweart Copeland inspired him to go with an alternate alias, when creating his band after Nirvana. The Police drummer once released an album under another identity, Klark Kent.

Foo Fighters have been recently listed among the candidates for the class of 2021 and while it is uncertain they will gain entry, Grohl told Howard Stern on SiriusXM that he would enjoy the experience anyway.

When asked about who might convey the honour of indicting the band, Grohl had one, special person in mind.

“This band started with this demo tape that I did. … I went into the studio for five days, I played all the instruments, I recorded 13 or 14 songs – just for fun,” recalls Grohl. “I made cassettes, and I called it ‘Foo Fighters’, because I didn’t really want everyone to know it was me.

“I thought maybe if I give someone a cassette, maybe they think it’s a band, they’ll be surprised when they find out it was just one person and that it was me,” Grohl said. “Coming out of Nirvana, I didn’t want to, like, say, ‘Hey, I got a solo project!’ So, I called it Foo Fighters.”

Grohl had come up with the approach of a different alias after remembering a childhood musical experience. When he was young, someone gave Dave a record by an artist named Klark Kent. Little did Dave know when receiving the cassette, that it turned out to be The Police skin man, Stewart Copeland.

“It was this kinda weird fringe thing,” said Grohl. “… It sounded a lot like the Police, because it was actually Stewart Copeland, the drummer of the Police. He made this record under the name Klark Kent. He didn’t put his name on the record. When you first got it, you were like, ‘Wow, who’s Klark Kent? This is kinda rad!’ Then someone was like [whispering], ‘That’s Stewart Copeland!’”

Gaining inspiration from “Klark Kent”, Grohl decided to give his band a name of its own and conceal his identity. The rocker said Copeland’s alternate alias was “really the thing that inspired” him. Dave also made the claim that Stewart would be a “great guy” to indict the band and “if you’re ever hung about with Stewart, [you would know that] he can make a f*****g speech!”

Grohl was careful to explain that his idea was “unofficial” and Copeland has not been asked to indict the band. This led Stern to ask the rest of the Foo Fighters if any of them had any alternative suggestions for a Rock Hall host. Guitarist Pat Smear suggested “Dave’s mom,” to which Dave responded: “You know what, I’ll ask. … Pat’s right!