Home Music News Dave Grohl Reveals Why He Turned Down A Chance To Play Drums... 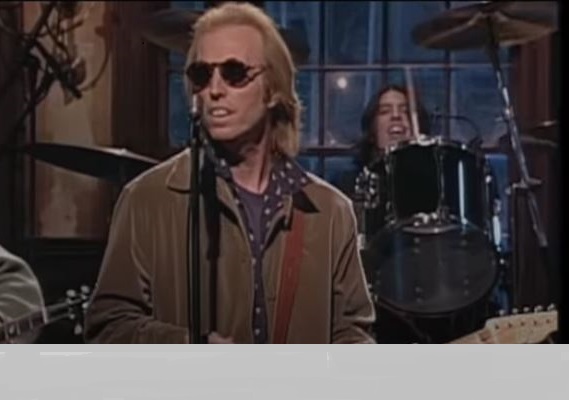 Dave Grohl has revealed why he rejected the offer from Tom Petty to join the Heartbreakers after the success of a TV collaboration in 1994. Grohl instead continued pursuing his Foo Fighters project at the time.

It was not long after the death of Nirvana frontman Kurt Cobain, when Grohl filled in on drums for Tom Petty. The band appeared on Saturday Night Live and performed Honey Bee and Runnin’ Down a Dream. In a recent interview on SiriusXM, the Foo Fighters frontman told Howard Stern of how Petty phoned him after that show.

“I did Saturday Night Live with Tom Petty, and we had so much fun, and we all got along so well,” Grohl said. “I was like, ‘Wait, why would it be me?’ … He could get like a world-class drummer, like any dude.” Dave described Petty as being “very cool, low-key and down-to-Earth.”

“We played SNL and afterwards, basically, he was like: ‘Man, that was good. It would be a shame if that’s the only time we do it’,” recalled Grohl. “Then he called me at home, and he’s like, ‘Well, look, if you want, here’s how we’d do it: You get your own bus. We don’t tour too hard. … If you’re into it, let’s go out and do it for a little while.'”

Grohl had his reasoning for turning down the great Tom Petty

However, Grohl said there were two reasons why he chose to turn down such an offer. Firstly, he had just began “doing this thing,” to which he meant starting his Foo Fighter project. Secondly, he did not want to go back “just to the drums” as it would have been too “emotional”.

“I’d just started doing this thing,” Grohl said, referring to Foo Fighters. “And I just felt weird about going back just to the drums, because it would just have reminded me of being back in Nirvana. It would have been sad, for me personally. It would have been an emotional thing to be behind the drums every night and not have Kurt there. So, I was like, ‘Nah, f*** it. I’m going to try this other thing.”

Grohl earlier disapproved of the suggestion that he was also invited to join Pearl Jam after Nirvana finished saying, “I don’t know where the Pearl Jam thing came from. I knew those guys, but they never called and asked me to play drums with them. I jammed with them once on stage in like Australia or something like that – but no, they didn’t call.”

Grohl also recently revealed how Stewart Copeland inspired him to go with an alternate alias, when creating his band after Nirvana. You can read all about it here.