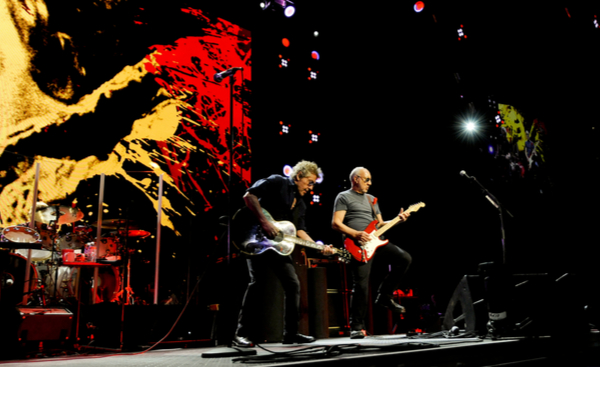 For the first time in almost half a century, The Who performed in front of a live audience at Cincinnati, Ohio.

This marks the band’s first appearance in the city since the tragic events which struck at the band’s tour of December 1979.

It was also reported that the Who paid tribute to the 1979 tragedy victims during their performance.

During their live rendition of ‘Love, Reign O’er Me’, black and white photos of the 11 victims were shared on a screen. A full list of names were also presented on the screen.

Over the weekend, The Who performed at the venue. They also donated all profits from ticket sales to local charities. Nine of the eleven families also attended the gig. They were also given VIP front row tickets for this concert.

“Really, there are no words that we can say that can mean (as much as) the fact that you guys have come out tonight and supported this event. Thank you so much”.

Along with ‘Love Reign O’er Me’, a video of Pearl Jam’s Eddie Vedder was also shared ahead of the gig.

Vedder told the audience that he was “hoping to be there”, but unable to attend.

“We’re all thinking about you,” he added. “It’s a great thing remembering those young people, who will never be forgotten”.

In 2000, nine people were also killed at a Pearl Jam concert at the Rosklide Festival. Eddie Vedder also praised both Roger Daltrey and Pete Townshend for supporting him and the band at that time.

Students from Finneytown High School, located near Cincinnati also joined the Who for a live rendition of ‘Baba O’Riley’.

The school also set up a P.E.M Memorial Scholarship Fund as three of the victims attended that school.

“You never get over it, but you gotta live”, Daltrey told the audience.

Rare Cassette Tape Of Prince Album Goes Under The Hammer