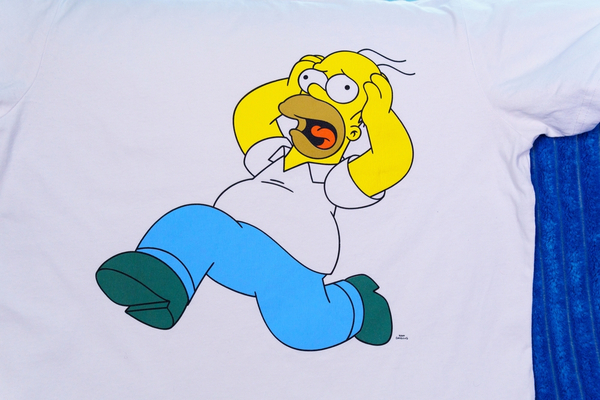 Yes! That headline is correct! Thanks to the creative minds of a YouTuber named revbleech, every Pink Floyd album has indeed been “explained” by the Simpsons in a simple video uploaded by this YouTuber.

revbleech explains every album from Piper At The Gates Of Dawn (1967), to the Endless River (2014) in a clip explaining every album. It seeks to capture the feeling of each and every record through the characters of Homer Simpson, Krusty the Clown and the other residents of Springfield.

The video also lasts for two minutes and eleven seconds.

We are all particularly intruiged to listen to the clip for Animals. This clip features Simpsons character Mr Burns and a flying pig. Mr Burns owns the Nuclear Power Plant. Mr Burns’ massive desire for wealth reflects the criticism towards capitialism echoed in the orginal album lyrics by Roger Waters of PF.

Pink Floyd’s connection with the cartoon comedy began in May 1996, during an episode of the show called Homerpalooza, where Homer shoots an Floyd-styled inflatable pig belonging to Peter Frampton into his own stomach by accident.

You can also check out this masterpiece for yourselves below.

Despite the huge success enjoyed with the band, Roger Waters claimed last month that his relationships with the rest of the band were “toxic”.

He also said that his departure from the band in 1985 was crucial to launching his own solo career.

Waters’ claims that he was bullied in the group have also since been dismissed by former Pink Floyd drummer Nick Mason. Mason also said that he was “flabbergasted” when he heard these claims.

Mason said that he was “slightly flabbergasted by it! I think that’s a slightly over-emotional way of putting that there was some sort of division within the band about … . Because Roger was always looking beyond the music, in a way.