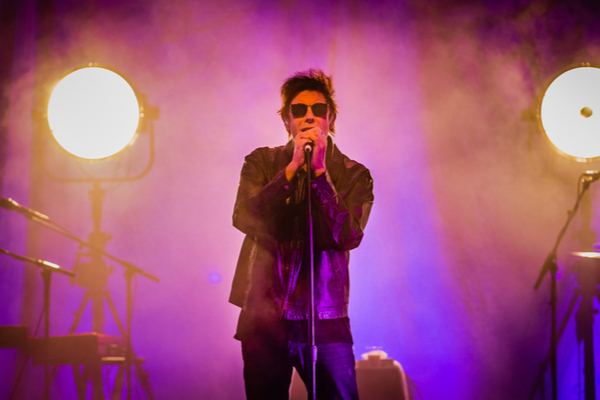 Echo and the Bunnymen will support the Rolling Stones at their gig at Anfield next month.

This is also part of the Rolling Stones’ ‘Sixty’ UK and European Tour, for their 60th anniverary.

Beginning on June 1, the Stones will also visit cities including Madrid, London, and Amsterdam.

“Two dreams in one”

Yesterday, the band confirmed the news that Echo and the Bunny who are from Liverpool, would be supporting them at this Anfield gig. Taking place on June 9, this will represent the Stones’ first Merseyside live performance in 50 years.

Releasing a statement, Echo and the Bunnymen’s Ian McCulloch called the opportunity to perform live with the Rolling Stones “two dreams in one”.

“Two dreams in one – there’s nothing like The Rolling Stones, and there’s nowhere like Anfield”, he said.

He added, “I can’t explain how unbelievably happy and proud I am that my band Echo And The Bunnymen are going to be opening up for The Rolling Stones, THE Greatest Rock & Roll band in the history of time, at Anfield, the Shrine of Life and football…”.

“The Rolling Stones!!! And at Anfield!!! I feel honoured and blessed… Thank you God”.

I can’t explain how unbelievably happy and proud I am that my band The Bunnymen are going to be opening up for The Rolling Stones, THE Greatest Rock & Roll Band in the History of Time, at Anfield, the Shrine of Life and football I feel honoured and blessed…Thank you God X Mac pic.twitter.com/4RIDHi2nST

“It’s great to have Echo And The Bunnymen join us as special guests in their home city”, the Rolling Stones added. “We can’t wait to be back on stage in Liverpool! Roll on the summer!”.

Tickets for the shows are still available here.

The dates for the European leg of this Rolling Stones tour are as follows.

The Rolling Stones have already announced the upcoming release of all singles from 1963 to 1966 in a box set. More here.