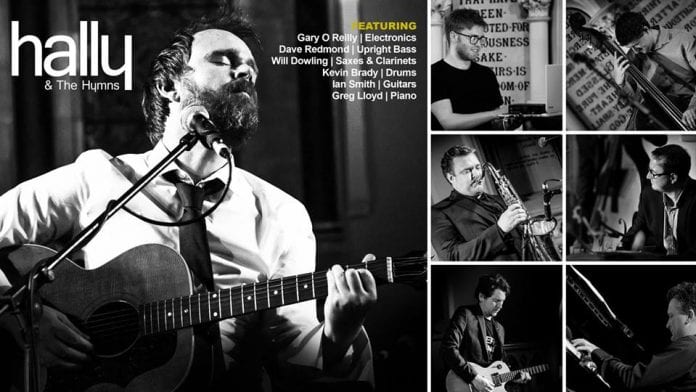 Got the midweek blues? Need a pick me up? We’ve got you covered.. well, Hallymusic does.
Hallymusic plays The Workman’s Club tonight, launching Volume III of the ‘Peeling Onions’ albums he’s been working on this year. Peeling Onions is a music project Hally started at the beginning of this year, which consists of 52 pieces of music – one song released every week for the entire year via Social Media and Streaming Video websites. Check out Hally on Facebook here.
Pretty damn cool if you ask us.

Each release is accompanied by a music video produced either by Hally himself or in collaboration with various other Irish and international visual artists. The huge body of work has been compiled into a series of four albums, “Peeling Onions” (volume I, II, III, IV) which have been released quarterly throughout the year.
A series of live shows have launched each album, combining music and visual art projections.

The entire journey and creative process of Peeling Onions has been and will continue to be filmed until the end of the year. We’ll see a “Peeling Onions” documentary released in 2018.

This gig is one not to be missed – it’s gonna be special. Tickets are €15 and can be bought here.

Linda Hamilton Is Back …… As Sarah Connor