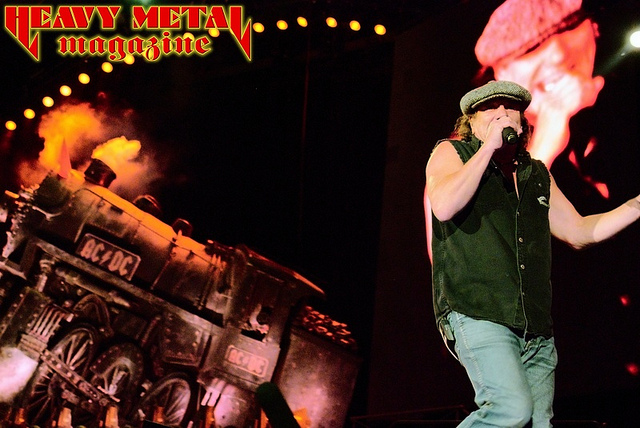 AC/DC’s Brian Johnson could be able to return to the band in six months, according to hearing experts.

The frontman was recently replaced by Guns N’ Roses’ Axl Rose for their recent ‘Rock Or Bust’ tour, which he was forced to pull out of due to hearing loss. However, according to Team Rock, Johnson could be back performing in six months.

Hearing experts, Asius have been in contact with Johnson about testing a new technology prototype which could help save the musician’s hearing while he performs on stage. The Chief Scientist at Asius, Stephen Ambrose said “I wouldn’t be surprised if we have something that Brian, and other people, can use to return to the stage without any threat of damage to his hearing within the next six to 12 months,”  continuing, “I will endeavour to kick up the development of the technology another 10 notches, at which point I expect to get the green light from Brian’s doctors to test the prototype with him.”

Ambrose also said that having the AC/DC frontman involved in the testing process helps the company get more funding for the project “Having Brian Johnson involved has helped us get the support of a lot of major companies – support that wouldn’t have been there without him. Brian was excited by the technology and he said it worked. He said he just couldn’t wait to test a ‘miniaturised’ version of the prototype – and now we’re almost ready to test that with him.” The scientist added, “Brian is not just doing this for himself but for everyone else who needs help. We aim to make our technology available at a price point that people can afford.”