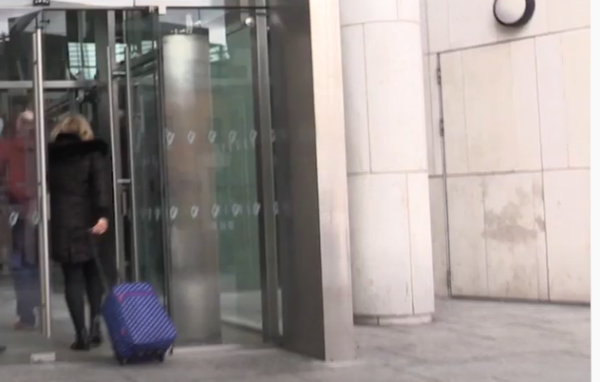 A horse and carriage driver who was caught with a wallet full of counterfeit “movie prop money” has been spared a criminal record. 26 year old father of one, Ross Hyland from Blackhorse Grove, Dublin 7, was found with €380 when he was searched by Gardaí.

Dublin District Court heard that Gardaí had noticed Mr Hyland in a vehicle acting suspiciously, before approaching him and asking what he was doing.

Mr Hyland gave the Gardaí permission to search his carriage. It was there that they found €380 in denominations of five euro notes which was fraudulent money.

Garda Alan Reddy explained to the court that the cash was “prop money” used in movies. When asked by the Judge on the resemblence between that and real cash, the Garda said there were security features from it, but that it “could be passed off in a shop”.

It does say “this is not legal tender” the Judge also commented.

Mr Hyland had claimed that he found the cash in his carriage when he bought it and held onto the cash for “some reason”.

Judge Bryan Smyth applied the Probation Act. This meant that Mr Hyland escaped a criminal conviction, but paid the same amount in real money to charity.

Ross Hyland pleaded guilty to possession of the counterfeit money at Donard estate in Cabra on 11 December 2020.

He had also pleaded guilty when the case came back before Judge Bryan Smyth. Mr Hyland’s defence solicitor Andrew Broderick said that the money was paid to Fr Peter McVerry’s Trust.

Mr Broderick also said that his client had used a horse and carriage for work. He had saved up to buy this carriage and the counterfeit cash was already in the carriage when he bought it.

His lawyer admitted that his client should have reported the counterfeit cash to the Gardaí, but for “whatever reason”, he held onto it.

Mr Broderick assured the court that Ross Hyland had not used the money on customers or “anything like that”. He had not made any gains from the “prop money”.

Mr Broderick also said his client had shown clear signs of remorse for his actions.