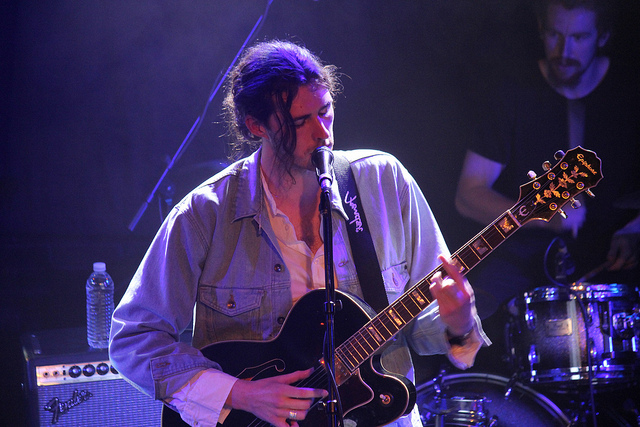 The first acts performing at this year’s Longitude festival have been announced, featuring Irish singer-songwriter Hozier and indie rockers Alt-J.

Longitude 2015 returns to Dublin’s Marlay Park from July 17th – 19th and tickets are going on sale at the end of January.

The Chemical Brothers, Caribou, SBTRKT, Wild Beasts and Jungle will all be performing at the summer festival.

Other acts revealed include Little Dragon, Slaves (who had an interesting run-in with Bono on Jools Holland’s show),  Young Fathers, Kaytranada, Hudson Mohawke, Wolf Alice and Dublin four piece Girl Band (who played a phenomenal gig at the Button Factory a few months ago).

Hozier’s worldwide anthem ‘Take Me To Church’ has remained on Spotify’s ‘viral chart’ every week so far in 2014. The single has taken America by storm after it was used in a Nike ad featuring basketball star Lebron James.

It has gained non-stop momentum since its release. The track has been download 16 million times on iTunes, streamed 10 million times a week and the Bray native is number 1 on Spotify.

The song has been adopted by anti-discrimination groups across the world. His self-titled debut album was released in September, and beat U2′s LP Songs Of Innocence to the number 1 spot in Ireland. Hozier has also gone platinum in America and Canada.

Saturday night (July 18th) will be headlined by the Mercury Prize winners Alt-J. Their debut LP An Awesome Wave took the Mercury in 2012 and the band put out their second record This Is All Yours in September 2014.

Sunday night (July 19th) is the return of dance pioneers The Chemical Brothers. After two decades of creating music, the electronic duo are still going strong. They released their debut album Exit Planet Dust in 1995 and are expected to release a new LP this year.