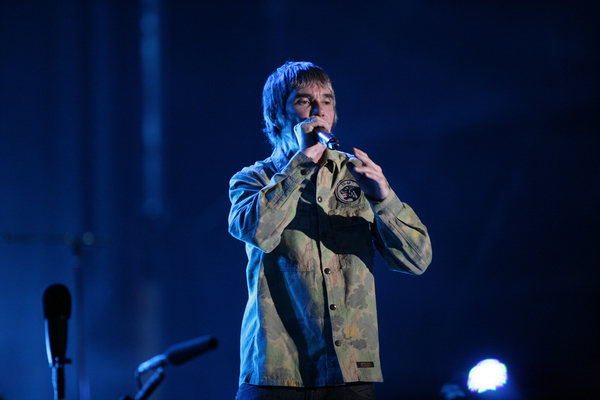 Ian Brown recently accused Spotify of taking down his anti-lockdown anthem, Little Seed Big Tree, as an act of censorship. The former Stone Roses frontman has been outspoken about COVID-19 “plandemic” conspiracy theories, which he says had made him a target of the streaming giant.

The Sally Cinnamon singer took to Twitter to voice his anger at the move, saying, “SPOTiFY stream the streams and censor artists like they have with my last song TOOK IT DOWN just put it down the memory hole! FREE EXPRESSiON AS REVOLUTiON”

SPOTiFY stream the streams and censor artists like they have with my last song TOOK IT DOWN just put it down the memory hole! FREE EXPRESSiON AS REVOLUTiON

The song in particular features lyrics like: “A sonic lockdown, state shakedown, a mass breakdown / Put your muzzle on, get back in your basket / Get behind your doors cos living here is drastic”. The song is no longer playable on Spotify, although the conspiracy track remains up on Apple Music, TIDAL, and YouTube.

Little Seed Big Tree features lyrics speaking of forced vaccines and implanting microchips into people who receive the COVID vaccine. On the track, Ian can be heard singing “A forced vaccine, like a bad dream. They’ll plant a microchip, every woman, child, and man / A plan to chip us all, to have complete control”.

Spotify has been known to take content down from its platform if it does not comply with their rules and regulations. The streaming platform previously removed the podcast library of far-right conspiracy theorist, Alex Jones in 2018, following calls for a boycott.

Earlier this month, Ian Brown pulled out of his gig at the Neighbourhood Weekender festival, in which he was headlining. Attendees of the gig are required to show proof of COVID-19 vaccination, a move Brown is passionately against. The decision came after he declared that he would “NEVER sing to a crowd who must be vaccinated as a condition of attendance. NEVER EVER!”

The Stone Roses confirmed in 2019 that the band had broken up once again, with Ian Brown going solo for his album, Ripples.