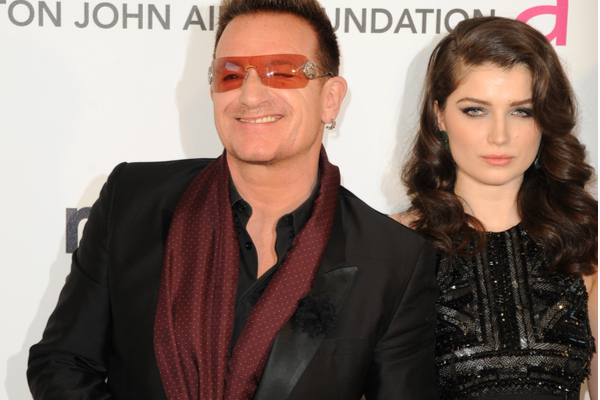 The Screen Ireland Rising Star Award is a unique IFTA Award that it puts an international spotlight on Irish professionals who have excelled in their field. The ceremony will be held on July 4th and is set to be hosted by Galway star, Grainne Seoige. Eve, who is the daughter of U2 frontman Bono, has publicly thanked IFTA for including her in their nominations.

Also making the list of nominees for the IFTA is Bridgerton star, Nicola Coughlan, Wildfire’s Cathy Brady, Clare Dunne for Herself, and Paddy Slattery for Broken Law.

Bridgerton star, Nicola said it is “such a huge honour to be nominated for the IFTA Rising Star Award, especially during a time when Irish talent is rightfully having a moment on the world stage. This means the absolute world to me, and I couldn’t be more grateful and excited.”

Paddy Slattery explained: “I’m just sitting here, mouth agape, without a clue what to say about this news. I actually don’t know what to say and that’s a first for me. My dog Buster is lying in the corner gnawing on a carrot. He hasn’t a clue what’s goin’ on, God love him. I’m speechless. Thank you! Thank you a thousand times! Incredible.”

Clare Dunne said: “How much good news can one girl take?! Seriously now! Considering who has gone before in this category, I feel so honoured to be in the 2021 list of nominations. Thank you so much, IFTA.”

And Cathy Brady added: “Every year I look forward to seeing the Rising Star nominees and I’m reminded just how exciting the talent coming out of this country is.

“I am absolutely delighted to be part of this year’s selection and huge congratulations to the other nominees. Also, just to say thank you to those who supported and believed in me on this journey so far. You’ve been the wind in my sails.”

IFTA Chief Executive, Áine Moriarty said: “This prestigious award shines a light on five superb Irish professionals who are proving themselves to be world-class talents, exemplifying incredible standards of Irish craft, skill and expertise on the world stage. As Ireland’s Rising Stars they are a reflection of the brilliant talent coming through in this exciting phase of Irish creative growth and development.”

The Screen Ireland Rising Star Award is a unique IFTA Award that it puts an international spotlight on Irish professionals who have excelled in their field. Earlier this year, Eve explained why she chose to go into acting, as apposed to following her musical father and brother. The Behind Her Eyes actress revealed she “was terrible at practising” and felt acting was much easier.

“When I started acting, I realised I could spend all day long going over lines, reading scripts, doing different exercises, and it didn’t feel like work at all”. Adding, “Practising music did”.