Home Music Imelda May Teams Up With Rockers Ronnie Wood and Noel Gallagher For... 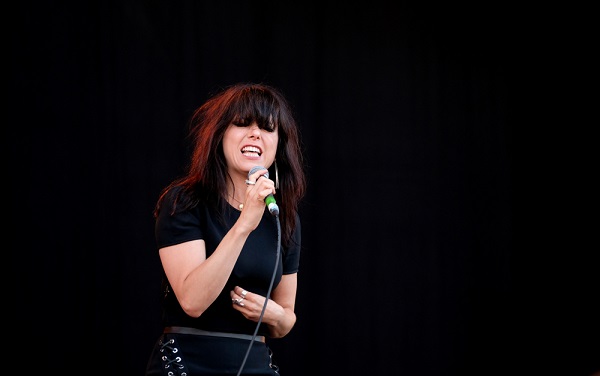 After working hard on her new album, Imelda May is now back and she has announced an interesting collaboration. The Irish singer/songwriter teamed up with rockers Noel Gallagher and Ronnie Wood on new track; Just One Kiss.

Dubliner Imelda revealed the new collaboration on her social media pages and confirmed that the new track will premiere on Jo Whiley’s show on BBC Radio Two this evening. The track will feature on Imelda’s upcoming album 11 Past The Hour which will be released on April 23rd.

Imelda released 11 Past The Hour as an EP last October and it was the first taste of new music from the Irish star, since the release of her 2017 album Life Love Flesh Blood.

That moment you know it can go either way
The split second decision you know might change everything
with Just One Kiss.
Could you resist?
Who better to join me on this than @ronniewood & @NoelGallagher ! 💋
Join @jowhiley for the premiere on @BBCRadio2 tomorrow after 7:30pm x

Imelda collaborating with Wood and Gallagher

46 year-old Imelda revealed in 2014 that she sang on stage with Rolling Stones guitarist, Ronnie Wood at a club in Dublin, when she was just 16. May said her brother snook her into “a little underground club in Dublin where I learned my trade”. The singer described Wood as “joyous to be around” and that he was “really on the ball”.

An insider source told reporters of how Noel came to collaborating on the track. They revealed that the pair have “spoken about doing something properly for years and were just having a chat over text a while ago when this song idea came about”. They said a casual conversation soon evolved into this track, “which they both love, and it made complete sense for Noel to sing on it with her”.

The upcoming record follows the release of Imelda’s first poetry record, Slip Of The Tongue. The collection was released last May and followed her 2017 album, Life Love Flesh Blood, which U2 frontman, Bono helped her with.

Imelda’s upcoming album, 11 Past The Hour is due to release on April 23rd.

Catch up with Noel Gallagher telling Matt Morgan how his mam has never told him she likes his songs.

Rage Against The Machine Perform ‘No Shelter’ For First Time In...