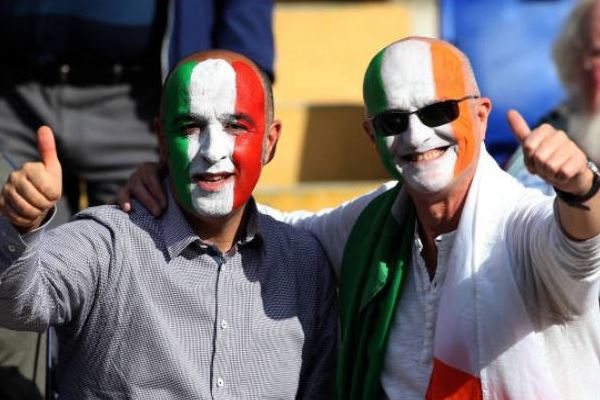 The quartet of changes from the win away to Scotland all come in the pack, with Dave Kilcoyne, Sean Cronin, Ultan Dillane and Jordi Murphy given starting berths.

Cronin makes his first start in the Six Nations at hooker, despite earning his 68th cap. He replaces captain Rory Best.

Quinn Roux keeps his place in the second row and is partnered by his Connacht teammate Ultan Dillane, while Jordi Murphy comes in at number 8 for Jack Conan.

The backline is unchanged, with Johnny Sexton and Conor Murray partnering in the half backs.

Uncapped outhalf Jack Carty is named on the bench, with Joey Carbery ruled out due to a hamstring injury.

Italy head coach and former Ireland international Conor O’Shea has made five alterations to his starting line-up for their Six Nations match against Ireland in Rome on Sunday.

In the back-line, there’s a welcome return for first-choice scrum-half Tito Tebaldi, who replaces Guglielmo Palazzani, from the loss to Wales two weeks ago.

Tebaldi started in the Azzurri’s tournament opener against Scotland at Murrayfield but was forced off the field during the early stages of that game with a back injury.

The scrum-half’s return is the only change in the back-line.

In the forwards, Braam Steyn shifts from the openside flank to number eight, where he replaces regular captain Sergio Parisse, who has been sidelined due to concussion.

Maxime Mbanda’ and Jimmy Tuivaiti have been recalled to the back-row with Mbanda’ taking Steyn’s place while Tuivaiti comes in for Sebastian Negri on the blindside flank.

Veteran hooker Leonardo Ghiraldini will captain the side in Parisse’s absence.

Willie Mullins Picks Up His Fourth Winner Of The Week At...