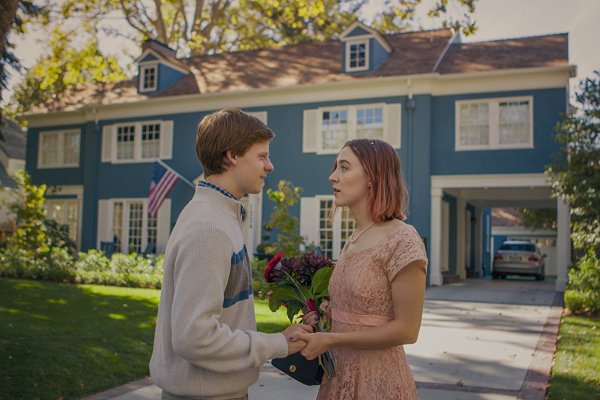 Oscar glory perhaps now beckons for Saoirse Ronan, who scooped her first Golden Globe for best actress in a Musical or Comedy on Sunday. Ronan, who was previously nominated for Golden Globes for her roles in Brooklyn and in Atonement won the Best Actress – Musical or Comedy award for her performance in writer-director, Greta Gerwig’s, coming-of-age story.

The Lady Bird actress’ odds have been cut in half to win an academy award, to the 3/1 second favourite from 6/1, to walk away with the Oscar for Best Actress.

Her competition in the market is favourite, Frances McDormand, who won the Golden Globe for best actress in a drama motion picture for Three Billboards Outside of Ebbing, Missouri.

Another first timer was Gary Oldman, who received his first ever Golden Globe nomination this year for Best Actor in a drama for his portrayal of Winston Churchill in Darkest Hour, which he went on to win. Oldman is now hotly tipped at 1/4 to continue his award success at the Oscars.

Three Billboards Outside of Ebbing, Missouri leads the charge for Best Picture at 5/4 with Lady Bird the 2/1 second favourite and The Shape Of Water next at 7/1.

Meanwhile the ‘Times Up’ campaign took the Golden Globes by storm last night – highlighting sexual harassment in the entertainment industry.

Stars turned out in black to support the campaign which aims to bring in laws to tackle the issue.

While Natalie Portman called out industry sexism when introducing the nominees for best director alongside Ron Howard by saying: ”Here are the all male nominees.”

Oprah Winfrey brought the audience to their feet with a powerful speech as she accepted the Cecil B DeMille Lifetime Achievement Award prompting speculation about a run for the White House.

The notion of the talk show host and entrepreneur running for president against Donald Trump in 2020 was raised by the awards’ host, Seth Meyers, in his opening monologue.

“In 2011, I told some jokes about our current president at the White House correspondents dinner, jokes about how he was unqualified to be president,” Meyers said. “And some have said that night convinced him to run. And if that’s true, I would just like to say, ‘Oprah you will never be president’.”

Shock Arrest Made Regarding Stuart Lubbock’s Death At Barrymore Party