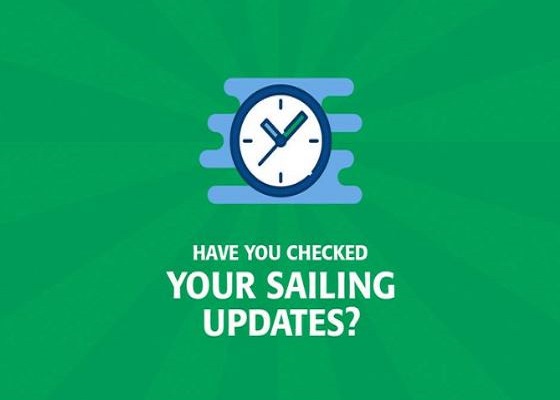 Some Irish Ferries customers could have their summer holiday plans disrupted. It’s after the company announced a delay in the delivery of their new ferry the W.B Yeats.

Irish Ferries say the German shipyard building the W.B Yeats has informed the company delivery of the new ferry is likely to be delayed. As a result the company decided, in a bid to minimise potential disruption to customers, to cancel a number of affected sailings from July 12th to July 29th.

Customers impacted by the decision are being contacted and offered spaces on the MV Oscar Wilde, close to the dates of their original bookings. However in the event an acceptable alternative cannot be found, customers will be entitled to a full refund.

In a statement on the company’s website, Irish Ferries have apologised for the inconvenience and say it is an extraordinary circumstance beyond its control.

Can you imagine yourself aboard this luxurious cabin? Watch as the rear cabin arrives, almost ready to be lifted atop the hull.https://t.co/0eqMS1sLFp pic.twitter.com/bSyfzbNC0l

Booked to travel with Irish Ferries? Check our online sailing updates for the latest information on your sailing – https://t.co/PRGoJPXrze pic.twitter.com/LvsSSTyL4r