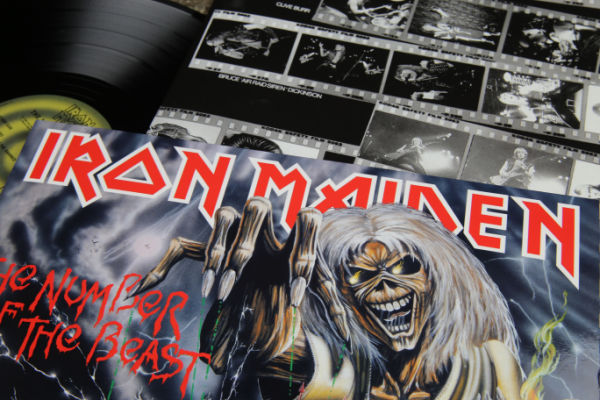 Iron Maiden are to be honoured with a set of postage stamps from British Royal Mail.

Bruce Dickinson and co have become the latest band to be honoured in such a special way, joining the likes of Pink Floyd, Elton John, The Beatles, Queen and David Bowie.

IRON MAIDEN To Be Honored With Royal Mail Stamps – https://t.co/4FF4Rv2hex – #guitar #music –
Britain's Royal Mail is celebrating IRON MAIDEN with a set of postage stamps.
Due for release on January 12, the stamps depict the British heavy metal legends over the decades. Eigh… pic.twitter.com/3tqxOnZbZn

Having sold over 100 million records worldwide, and performed at more than 2,000 shows in their time, along with releasing 17 studio albums, it would certainly take a brave human being to question the legacy of Iron Maiden as rock legends.

The band has previously been honoured with their own colouring book, Marvel merchandise, craft beer, beer cooler, and even football merchandise!

Iron Maiden have yet to show any signs of slowing down, with a the band set to embark on their “The Future Past” Tour, which will kick off in Krakow, Poland on 13 June 2023, beforing finishing off in Manchester’s AO Arena at the end of that month.

This tour also includes a live performance at Dublin’s 3Arena on June 24.

This tour will feature live covers from their latest album ‘Senjutsu’, which arrived last year.

The Kids Are Alright

Speaking of Iron Maiden, the son of their guitarist Janick Gers has joined forces with Noah Yorke, the son of Radiohead’s Thom Yorke to release a brand new single.

“I can’t wait for all of you to hear this, I’m truly more excited with this than anything I’ve done in my life”, Dylan Gers (Janick’s son) has said of the track ahead of its release.

This track was also second single released by Dylan Gers, with ‘Moon Rise’ arriving last April. You can check out more on this story from Nova here.